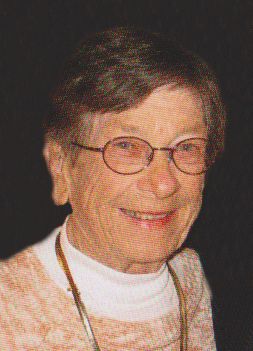 Virginia “Ginger” M. Stuyvenberg, age 89, of Kaukauna, passed away due to a short illness on Friday, August 24, 2018. She was born on April 12, 1929 in Little Chute, Wisconsin, daughter of the late George and Catherine (Weyenberg) Vanden Heuvel. She was married to Eugene Welhouse from 1949 until his passing in 1988. In 1991, Ginger married the second love of her life, Donald “Don” Stuyvenberg and together they enjoyed 21 years of happiness until his passing in 2012. Throughout their years together they enjoyed family gatherings, traveling and of course their dogs, Andy & Charlie.

Ginger worked at Zwicker Knitting Mill for 40 years. She enjoyed biking, golfing, walking, and knitting Afghans. She cherished time spent visiting with her neighbors who always looked after her.

In addition to her parents Ginger was preceded in death by her first husband Eugene Welhouse and her second husband, Don Stuyvenberg; her sisters, Betty (John) VanBeek and Jane (John) Christensen and her brother-in-law, Norb DeCoster.

The Funeral Liturgy will be held on Wednesday, September 5, 2018 at 11:00 a.m. at ST. PAUL CATHOLIC CHURCH, 410 E. Wallace Street in Combine Locks. Visitation will be held that same day from 9:30 a.m. until the time of the service. Interment will be held at St. Mary Cemetery in Kaukauna. In lieu of flowers a memorial fund has been established in Ginger’s name. Online condolences can be shared at www.wichmannfargo.com.