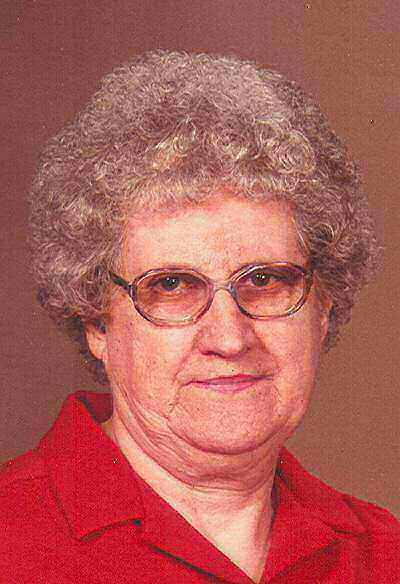 Virginia E. Kruse, 86, of Little Chute, formerly of Appleton, died Wednesday morning, October 27, 2004, at Parkside Care Center. She was born November 9, 1917, to the late George and Ella (Nass) Mueller, in Auroraville, Waushara County and had been an Appleton area resident for over 70 years. Virginia had been employed by Voights Drug Store, Schneiders Restaurant, Browns Midwest Restaurant, and Appleton Medical Center, where she retired in 1981. She liked to quilt, volunteered to work in the kitchen at church for funerals and weddings. Virginia was a member of First English Lutheran Church and was a member of a bible study group at church. Survivors include a daughter and son-in-law, Phyllis and James Close, Peoria, Illinois; three granddaughters, Kathleen Close, Peoria; Jennifer (Lake) McDaniel, Toulon, IL; Diana Close, Peoria; two great grandchildren, Gwendolyn and Ronan McDaniel; two sisters, Gloria (Kenneth) Dethardt, Seymour; Lucille Weaver, Ashville, NC; a sister-in-law, Patricia Mueller, Seymour. Virginia was preceded in death by her husband, Clarence, in 1993, a brother, Earl ‚ÄúPete‚Äù Mueller, and a brother-in-law, Donald Weaver. Funeral services for Virginia will be held at 11:00 am, Saturday, October 30, 2004, at FIRST ENGLISH LUTHERAN CHURCH, corner of North and Drew Streets. Burial will be in Seymour City Cemetery. Friends may call at the church from 10:00 am, Saturday, until the time of the service. Memorial funds have been established for First English Lutheran Church and Parkside Care Center Activity Fund.