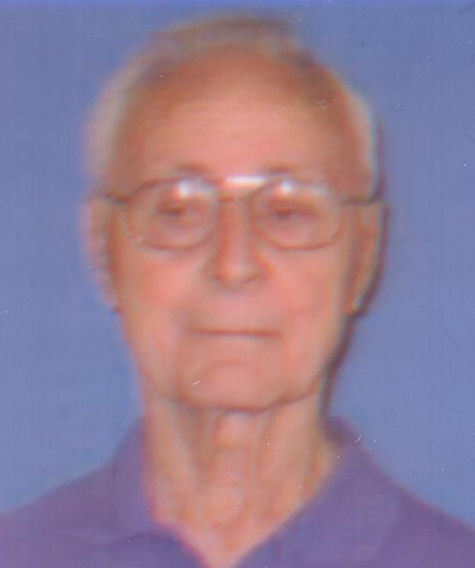 Vincent M. Vissers, age 87, of Kimberly, passed away on Monday, December 8, 2014. He was born on October 9, 1927 in Little Chute to Peter and Gertude (Vosters) Vissers. He was a graduate of St. John's High School in Little Chute where he participated in basketball, baseball and boxing. Vince served his county in the U.S. Army during the Korean War. Following his discharge, he married Marion Gosz on October 7, 1952; together they raised six daughters.
Vince was employed at the Kimberly Clark/Midtec Paper Mill as a blacksmith and pipefitter for 44 years, retiring in 1990. Vince was a very hard worker and held part-time jobs to support his family. He and Marion raised their family on Schaefer Street in Appleton where he sold Christmas trees for many years. He umpired Legion Baseball and men's softball leagues, loved his bowling league and playing sheepshead with his friends. Vince was also a Packer, Brewer and Badger fan, and the epitome of an armchair quarterback.

Vince and Marion built a cottage on Wilson Lake in Wild Rose which eventually became their retirement home. He took great pride in the upkeep of his property, especially his large, meticulously kept lawn, where many games of jarts, croquet, and bag toss were played over the years. Vince enjoyed nights around the fire pit and looked forward to the 4th of July fireworks over the lake.

Vince is survived by his wife: Marion Vissers; his daughters: Linda (Rory) Coonen, Laura (Michael) Heimann, Mary (Ed) Braaten, and Lisa (Mark) Kotarek, all of Appleton; Sharon (Tim) White of Woodbury, Minnesota, and Debbie (Shane) France of Tucson, Arizona; and by his grandchildren: Brady and Courtney Coonen, Nicole and Sam Braaten, Griffin and Lucas Kotarek, Steve and Kristina White, and Logan and Austin France. He was preceded in death by his parents, his brother Don, a niece, nephews, and many in-laws.

Family and friends are invited to gather at the Wichmann Funeral Home Tri-County Chapel, 1592 Oneida Street in Menasha on Friday, December 12, from 4:00 PM until 6:00 PM. A private celebration mass will be held during Christmas week at their home parish in Wautoma. In lieu of flowers a memorial fund will be established.

The family would like to express a sincere THANK YOU to the staff at St. Elizabeth Hospital Emergency Room and 2 South, and his angel caregivers at Brewster Village during the past month. Online condolences may be offered at www.wichmannfargo.com.