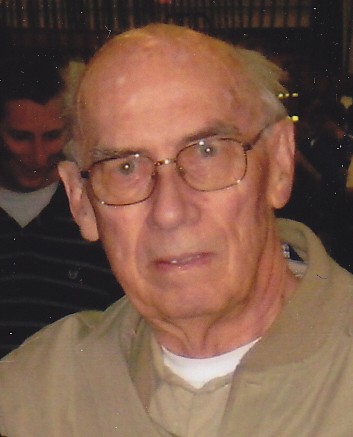 Age 81, passed away following a short illness with his family at his side at St. Elizabeth Hospital on Wednesday, September 22, 2010. He was born in Little Chute on October 6, 1928 the son of the late Theodore and Dorothy (Mueller) Sanderfoot. On October 16, 1954 he married his wife of 55 years, Alice Saari. Vince was proud to serve in the United States Army during the Korean Conflict. He worked for Kimberly Clark for ten years then joined the Post Office in Kimberly, delivering mail and later becoming a clerk. Vince enjoyed bowling, golf, fishing and traveling with Alice. He loved spending time with his grandchildren.

The funeral liturgy will be at 11:00 a.m. on Saturday, September 25, 2010 at HOLY SPIRIT PARISH, Kimberly Campus, 600 E. Kimberly Ave., Kimberly, with Fr. David Beaudry officiating. Friends will be received at the church on Saturday from 9:00 a.m. until the time of the service. Burial will be in Holy Name Cemetery, Kimberly.

The family extends a special thank you to the staffs at U.W. Hospital in Madison, St. Paul Home, and St. Elizabeth for their warm and compassionate care of Vince and his family.