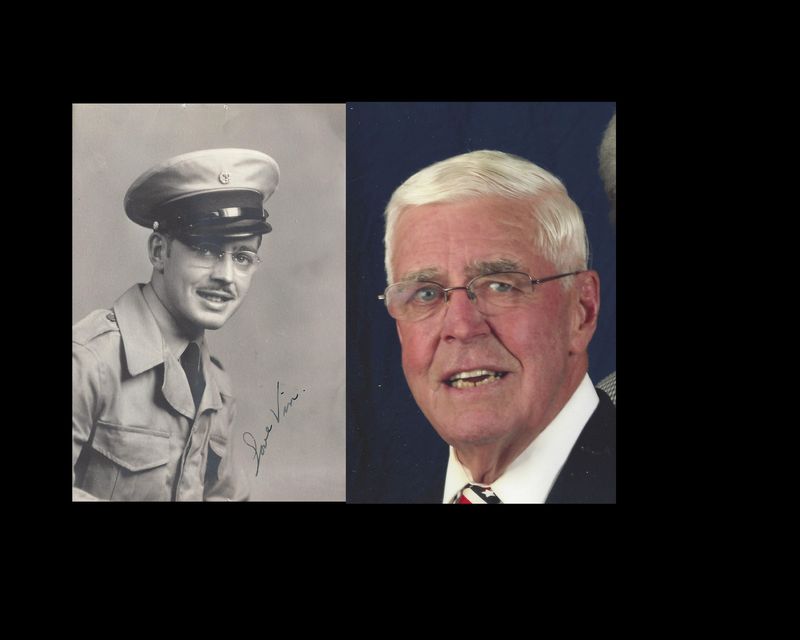 Vincent Bressers, age 88, of Appleton, passed away on Monday, March 25, 2013 at the Appleton Medical Center with family at his side. He was born on March 9, 1925 in Little Chute, the son of the late Martin and Anna (Van Eperen) Bressers. On January 15, 1949, Vincent married the love of his life, Lois Hanstedt at St. Joseph Catholic Church in Appleton. He served his country during WWII in the Merchant Marine. Vincent was a member of the Jacob Coppus Post 258 of the American Legion in Little Chute, charter member of St. Bernadette Catholic Church in Appleton, and the Fox Valley Golf Club in Kaukauna. He began his employment at Tuttle Press in Appleton, and retired in 1987 after 40 years with George Banta Printing in Menasha. Vincent and Lois enjoyed the couple's league at Sabre Lanes, and over 23 years of Florida vacations together. His family was very important to him, and he looked forward to the family vacations at Roberts Lake. They were Green Bay Packer ticket holders for over 40 years. He loved being around people, and was always ready with his one liners.

The funeral liturgy for Vincent will be held at 11:30 a.m. on Wednesday, March 27, at St. Bernadette Catholic Church, 2331 E. Lourdes Drive in Appleton. Fr. Donald Zuleger will be officiating. The family will receive relatives and friends at the church from 9:30 a.m. until the time of mass. In lieu of flowers, memorials are appreciated for the Old Glory Honor Flight in his name. Online condolences can be offered at www.wichmannfargo.com.