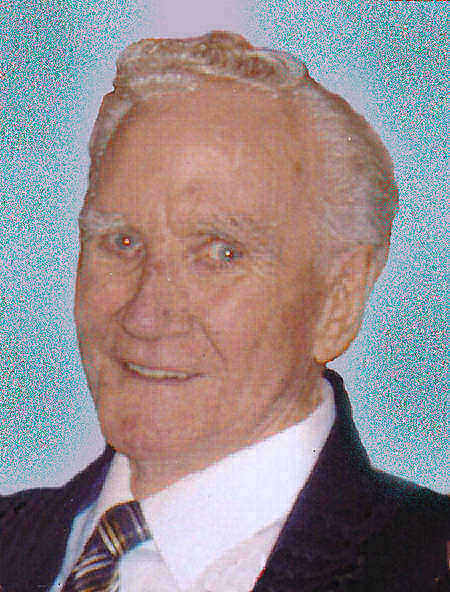 Vincent C. Luebke, age 83, of Black Creek, passed away at Appleton Medical Center on Monday, September 10, 2012. Vince was born on February 17, 1929, in Milwaukee, to the late Albert and Hildegard (Esselman) Luebke. He attended Marquette High School and Marquette University in Milwaukee; his faith was a very important part of his life. Vince was owner and president of Choice Chemical Company in Appleton, retiring in 1995. He was involved with sales most of his life. Vince was also well-known for his passion for music. He played accordion, leading his own band for a number of years and entertaining family and friends for many more years. His skills in carpentry were shared by numerous home remodeling projects for family and friends. Vince was an avid Green Bay Packers fan, enjoyed bowling, was a member of the Knights of Columbus, the Elks and American Legion Post #38. He married Marjorie Kraus on June 6, 1953; she preceded him in death on November 25, 1995. Vince married Joan Taylor in 1997; she preceded him in death on September 6, 2009. He married Violet Brown on December 4, 2010. Survivors include his wife, Violet Brown-Luebke; his children, Michael (Diane) Luebke, Middleton, Wisconsin; Linda (Don) Willett, Tucson, Arizona; Robert Luebke, Garner, North Carolina; and Luanne (James) Bridenbaugh, North Fond du Lac; his grandchildren, Meghan, Shelly and Nick Luebke; Marji, Danny and Tony (Lindsay) Figueroa; Katie, Patrick, Lizzi and Chris Luebke; and Sarah Dowidat; his great grandchildren, Melody and Colton Figueroa; his sisters, Janet Otten, and Margie Hill; and his brother Ronald (Tina) Luebke, his step-children, Lynn (Erv) Nowak, Jann (Mark) Kalawa, Peg (Dennis) Marquardt, Gail Moe, Tripp (Paige) Taylor III, Jamie (Bob) Mazur, Mary (Sean) Grafenstein, Chip (Jenny) Brown, Bob (Vickie) Brown, Brenda (John) Weber and Bonnie (Gary) Vander Linden. He is further survived by many nieces, nephews, other relatives and friends. He was preceded in death by his granddaughter, Julie Jean Dowidat. The Funeral Liturgy will be at 11:00 a.m. on Friday, September 14, 2012, at ST. MARY CATHOLIC CHURCH, 312 S. State Street, Appleton, with Fr. Larry Abler officiating. Friends may call at the Wichmann Funeral Home, Appleton, on Thursday from 5:00 p.m. to 7:00 p.m. and again directly at the church on Friday from 10:00 a.m. until the time of service. A memorial has been established in his name. The family would like to extend a sincere thank you to the staffs at AMC and Rennes Health Care Center for their loving care. Online condolences may be offered at www.wichmannfargo.com