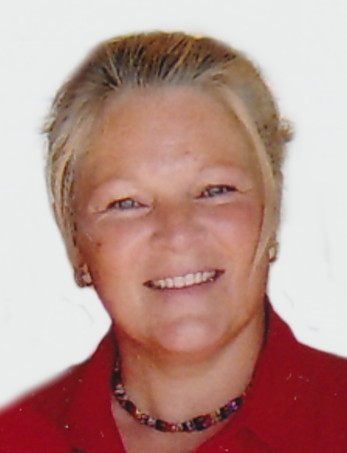 The Lord graciously called Vicki Steffens to Himself in heaven on Tuesday night, March 10, 2015, following her faith-filled battle with illness at the age of 61. Vicki was born in Appleton on June 25, 1953, daughter of the late Earl Sambs and Carol (Culbertson Sambs) Whitman who still resides in Appleton. Vicki was a graduate of Appleton West High School, and in August of 1973 married Dave Steffens in Kaukauna. Throughout her life, Vicki held a variety of jobs in the area. Important to her, of course, was her church life, and she served as a Sunday School teacher, church secretary, and valued volunteer at church. Those that knew Vicki already know about her love for her precious westies, but what really made Vicki special was her love for her husband and sons. Being a devoted wife and mother was the most important and most loved role she ever filled, and her absence will leave a void for those she leaves behind.

They include her husband: Dave Steffens of Freedom; her mother: Carol Whitman of Appleton; two sons: Jason (Heather) Steffens of Kaukauna and his daughter Nevaeh and Jesse (Pam) Steffens of Clintonville and their daughter McKenzie; two sisters: Shelley Foster of Appleton and Tammy (Glen) Eichhorn of Oakfield. She was preceded by her father Earl Sambs and her step-father Wendal Whitman.

The family has invited friends and relatives to gather at the Wichmann Funeral Home Tri County Chapel, 1592 Oneida Street in Menasha on Saturday, March 21, 2015, from 1:00 PM until 4:00 PM, at which time a service will be held. Memories may be shared by visiting www.wichmannfargo.com.

In place of flowers, memorial contributions can be made in Vicki's memory to the Fox Valley Warming Shelter, 1924 W. College Avenue, Appleton, 54914 or Homeless Connections, 400 N. Division Street, Appleton, 54911.

This world's loss is heaven's gain. Vicki's smile and spirit will be missed – forever and for always.