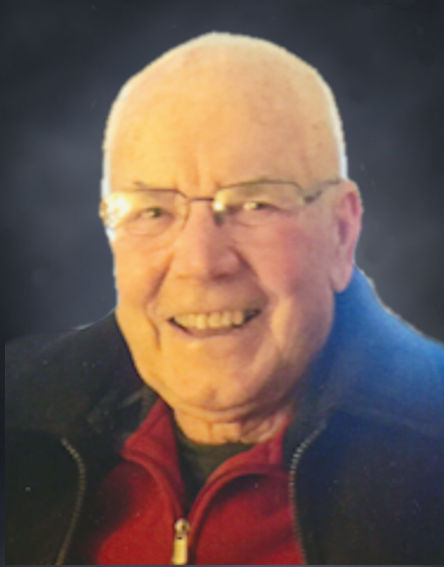 Victor J. Pritzl died on May 21, 2019, with family by his side. Vic was born in Greenville, Wisconsin, on January 14, 1928, son of the late Robert and Elizabeth (Gresl) Pritzl. After many fond memories of growing up on a farm with his large family, Vic married Donna Vanden Wymelenberg in 1959 at St. Paul Catholic Church, Wrightstown. They raised three children in Darboy: Maria, Dan, and Katie. Victor started working as a carpenter for his brother Ray Pritzl and later for Don DeValk. For thirty years, Vic was employed by Oscar J. Boldt Construction from which he retired in 1990.

Victor was an avid reader, always interested in learning and amazed at God's creations, especially space. He had a huge appreciation for nature, enjoying the view from his sunroom, working in his beloved garden, fishing, hunting, and traveling. Vic had a powerful bass voice; he started singing with his brother and sister when they were milking cows on the farm. He sang at weddings, in a Barbershop Quartet, and for 47 years with MacDowell Male Chorus. Victor thoroughly enjoyed life, his family, and friends. He was always ready to help his kids with a project, play a game of cards, and cheer on his grandchildren in their many activities. Vic's sense of humor kept us laughing and will forever fill our hearts with special memories.

Above all else, Vic loved our Lord. As a member of Holy Spirit Parish in Darboy, he sang in choir. Vic volunteered for the Building and Grounds Committee, Grandpa Patrol, and Crossing Guard. Always a believer in the power of prayer, he was devoted to saying the rosary, and in his later years, he attended daily mass and weekly adoration. Victor's death is truly a celebration of a full, well-lived life and our happiness for him in his eternal home in heaven.

The funeral liturgy for Vic will be held at 12:00 noon on Friday, May 31, 2019, at Holy Spirit Catholic Church in Darboy with Fr. Bob Kollath officiating. Family and friends are also welcome to gather on Thursday evening at the Jansen Fargo Funeral Home, located at 204 E. Kimberly Avenue in Kimberly, from 4:00 PM until 7:00 PM, and again Friday morning at the church from 10:00 AM until the time of the noon mass. In lieu of flowers, a memorial is established in Victor’s name.