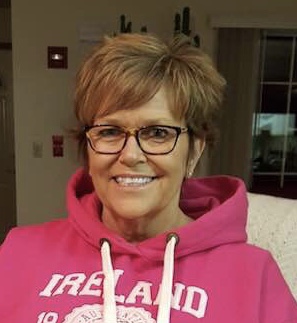 Vicki Marie Tuma was an angel in plain sight as she demonstrated a true grace and dignity while she dealt with the many difficult medical obstacles during an epic battle with a most unrelenting cancer. She never wavered nor did she ever complain during the most heart wrenching medical procedures that were imparted upon her. There are no words to describe her pure desire to keep fighting even in the most dire of times but somehow she maintained her will to live well beyond what would be expected of even the strongest of beings. Vicki succumbed to the ravages of peritoneal cancer on February 21 after a one year battle. Vicki was born on November 21, 1954.

Vicki actually beat breast cancer 14 years earlier and pink became her favorite color from then on. Her trials and tribulation were tested almost a year to the day as she had a liver transplant at UW Madison hospital. Her fighting spirit continued on during the many complications as she recovered from such a major medical procedure. Cancer was detected on her failed liver and the battle for life begun. Vicki was surrounded by her family at the time of her passing as family members told her it was ok to go home now and to also let her know the deep love that they all have for her. Vicki was so loved and adored by any and all who were graced by her unassuming and most giving nature. She was the glue that bound a family and generations together. Vicki was a mother, a daughter, a sister, a grandmother, an aunt and friend to many. I miss you so much already and am so sorry that you had to endure so much pain!

Vicki will live on amongst us all but on occasion might require us to sip a Coors’s Light in celebration of pretty much anything and everything‚Ä¶..Vicki will live on in spirit and mind as thoughts of her wonderful smile will help get us all through these difficult times. Vicki was always the life of the party and loved to have a good time especially while sitting around a camp fire. She had an occasion to “moon” the family just to make us all laugh. She was quite successful at doing just that!
Vicki was a an Appleton native but also lived in Sault Ste Marie and Portland Maine while she was married to Bob Tuma, as he was on active duty in the US Coast Guard. Vicki was a graduate of Appleton East High School and loved not only her family and friends dearly but also loved her cats.

Vicki was preceded in death by her father, Robert “Buzzy” Boreson.

I would envision Vicki asking us to not dread any longer and celebrate her life for what she was; not for the endless suffering that she endured. Her time of suffering is past and we shall remember the good times as there were many.

Memorial services will be held at 11:00 am, Friday, March 1, 2019, at the Wichmann Funeral Home, 537 N. Superior St., Appleton, with Rev. Steven Dietzler officiating. Visitation will be Friday at the funeral home from 9:00 am until the time of the service. Inurnment will be in St. Joseph Cemetery, Appleton.