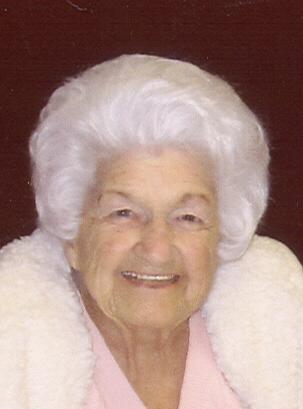 Verona was a long time member of St. Joseph Catholic Church in Appleton. She was a life member of the ladies auxiliary of VFW post #2778. Verona was an avid Packer fan, she enjoyed bowling, and playing cards with friends.

The Funeral Liturgy will be at 11:00 am on Wednesday April 20, 2011 at ST. JOSEPH CATHOLIC CHURCH 410 West Lawrence Street with Fr. Jim Leary, OFM. CAP. officiating. Friends may call at the Wichmann Funeral Home Tuesday evening from 4:00 pm until 8:00 pm and on Wednesday at the church from 10:00 am until the hour of service. Burial will be at Highland Memorial Park. In lieu of flowers a memorial has been established.

Verona‚Äôs family would like to thank the entire staff at Rennes Health and Rehabilitation Center for their care and compassion.
Wichmann Funeral Home
537 N Superior Street
Appleton, Wisconsin
(920) 739-1231