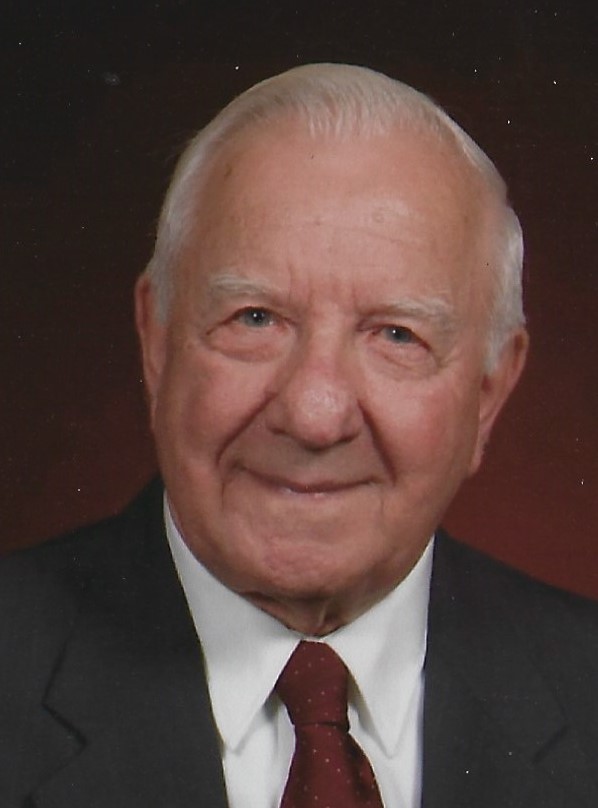 Vernon Henry Friebel, age 92, loving husband, father, grandfather, and great-grandfather, passed away peacefully on Wednesday, March 27, 2019 surrounded by family. He was born April 26, 1926 in Navarino, Wisconsin, the son of the late Edward and Minnie (Sanderfoot) Friebel. Vern lived most of his life in the Kimberly/Little Chute/Appleton area. He married Rosemary Nussbaum, daughter of the late Frank and Dorothy (Tennie) Nussbaum, of Appleton on April 25, 1953 at St. Joseph's Catholic Church in Appleton. They lived in Kimberly from 1954 until 2016 when they moved into St. Paul's Villa, Kaukauna, where he resided until the time of his death. Vern worked at Krambo's, Kroger's, United Grocers, and Roundy's mostly as a truck driver, retiring in 1986.

Vern enjoyed bowling, golfing (achieving a hole-in-one), fishing, and hunting. He was a huge fan of the Packers, Brewers, and Badgers and enjoyed high school sports especially when his kids or grandkids were involved. Vern was a member of Holy Spirit Catholic Church (formerly Holy Name) and served as an usher for many years. He was a long-time member of the Knights of Columbus, Catholic Foresters, Catholic Knights, and the American Legion. He was devoted to his children, grandchildren, and great-grandchildren spending many happy hours with them. Vern served in the U.S. Army during WWII from 1944 to 1946. He was honored to go on the Old Glory Honor Flight to Washington, D.C. in September 2012 and enjoyed it very much.

He was preceded in death by two of his children, Mark and an infant son, Thomas, an infant grandson, Frank David, and a daughter-in-law, Lori Friebel. Also preceding him in death were his two brothers, Marvin and Ronald, sisters-in-law and brothers-in-law, Lee Friebel, Millie Mattice, Addie and Ralph Ulman, Joan and Tom Gasser, and Donald and Sylvia (Sis) Nussbaum.