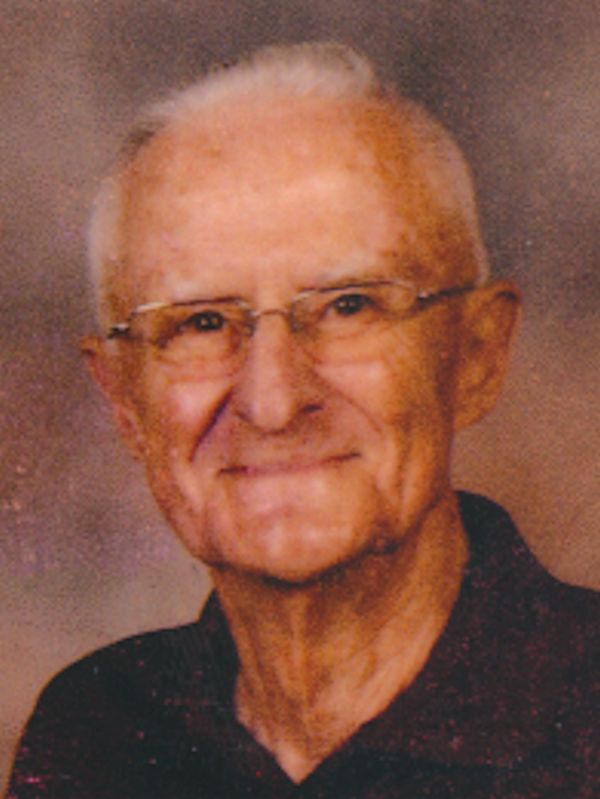 Vern Wichman, age 84 of Freedom, was called to his heavenly home on Sunday morning, October 28, 2018, while residing at Brewster Village. Vern was born on the family farm on November 7, 1933, son of the late Raymond and Leona (Gehring) Wichman. Vern attended both St. Peter Lutheran Grade School and Freedom High School at which time he joined the reserves. He was on active duty from 1953 until 1958 in the Intelligence Division. Vern remained in the active reserves until his retirement in 1979.

His love for his country and the men under his command were an important part of his life.

Joshua 1:9 – “Be strong and courageous. Do not be afraid; do not be discouraged, for the Lord your God will be with you wherever you go.”

He was a lifelong member of St. Peter Lutheran Church. His faith was instilled in him at an early age by his parents, and remained a constant with him throughout his life. There are many challenges in life, and for Vern, health was one of those challenges. His loved ones witnessed his faith and the many blessings that God showered on him and those around him due to his health issues.

I Thessalonians 5:16-18: “Be joyful always: pray continually; give thanks in all circumstances, for this is God’s will for you in Jesus Christ.”

Over the years, Vern was employed at Elm Tree Bakery, Foremost Foods, and Hillshire Farm.

The three mainstays in Vern’s life, were family, faith, and country. His pride and joy was his five grandsons and great-grandson. They could always put a smile on Grandpa’s face.

The Christian Funeral Service with full military honors will be held at St. Peter Lutheran Church, N2740 French Road in Appleton on Thursday, November 1, 2018, at 1:00 PM. The service will be officiated by Rev. Tim Glende and Rev. Jim Fleming. Family and friends are invited to gather at the church on Wednesday from 4:00 PM until 7:00 PM and again Thursday at the church from 10:00 AM until the time of the service. In lieu of flowers, donations may be directed to St. Peter Lutheran Church Building Fund.

The family would like to offer their special thanks for the exceptional care provided to Vern at Brewster Village, as well as to Appleton Cardiology for over thirty years of cardiac care. Your kindness will never be forgotten by our grateful family.