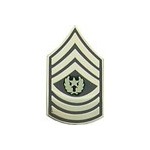 Vern Selig, age 86, passed away suddenly at his home on Wednesday morning, November 23, 2011. Vern was born in Appleton on March 5, 1925, son of the late Fred and Caroline (Vanendenbergen) Selig. He attended school until 9th grade, and in 1942 entered the service of his country as a member of the United States Navy. He served as a frogman (forerunner to today‚Äôs Navy Seals) until his discharge in 1947. After being discharged, Vern still had a strong desire to serve, so he enlisted in the U. S. Army Reserves and worked as a Military Policeman, where he served over thirty years and ascended to the highest enlisted rank possible: Command Sergeant Major E-9. Service to his country was one of the most important things in life for him. On April 12, 1951, he married the former Mildred Karschney at St. Paul Ev. Lutheran Church in Appleton; she survives. Vern also worked at Wisconsin Electric, first as a groundman, then as a lineman, retiring in the late 1980‚Äôs as a lead lineman. Vern loved to care for his landscape and his lawn ‚Äì it was always immaculate! He also enjoyed the company of his faithful dog, Kayla.

The Christian Funeral for Vern will be held at 11:00 AM on Tuesday, November 29, 2011 at ST. PAUL EV. LUTHERAN CHURCH, 302 N. Morrison Street in Appleton, with Rev. Kenneth Frey officiating. Full military honors will follow the service, and entombment will be at Highland Memorial Park. Friends may call at the funeral home on Monday from 4:00 PM until 8:00 PM and at the church on Tuesday morning from 10:00 AM until the hour of the service.