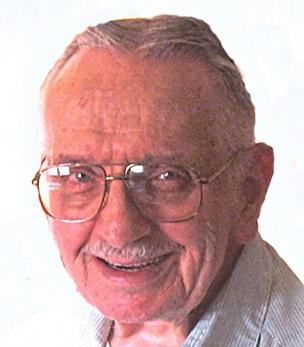 Vern Chalupa, age 87, passed away peacefully but unexpectedly on Thursday, November 21, 2013 at his home. Vern was born in Oshkosh on April 21, 1926, son of the late Frank and Minnie (Drinks) Chalupa. Vern graduated from high school in Oshkosh, and served his country faithfully during World War II as a member of the United States Navy from 1944 until 1946. Shortly after his honorable discharge, he married the former Josephine Kotkoskie in Oshkosh; she preceded him in death in 2000, after fifty-three wonderful years together. In his early years, Vern worked for Omar Bakery, a job which brought him to the Fox Valley area. He then worked as a sales representative for H.J. Heinz Company, was an independent insurance agent for many years, and also held down a second job at the Kimberly mill. He loved to read, and always enjoyed driving a nice car.

The Christian Funeral Service for Vern will be held at 11:00 AM on Monday, November 25, 2013 at ST. LUKE EV. LUTHERAN CHURCH, 705 Greenfield Drive in Little Chute, with Rev. Ronald Szep officiating. Interment will be in Union Cemetery, Kaukauna. Family and friends are invited to gather at the church on Monday morning from 9:30 AM until the time of the service. Online condolences may be offered at www.wichmannfargo.com. A memorial fund for Vern is being established for St. Paul Elder Services.

Vern will forever be remembered as a kind man who showed a genuine love for his family and for others. He will be missed by all who knew and loved him.

The family would like to offer their appreciation to all of the caregivers at St. Paul Elder Services in Kaukauna. We will never forget the extra love and tender care you gave him during his stay.