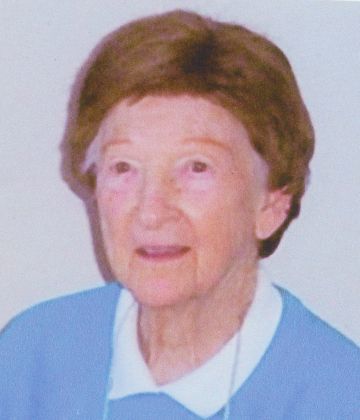 Verla “Davey” Ziemann, 94, of Menasha passed away peacefully on November 3, 2016. She was born on September 24, 1922 in San Angelo, TX to the late James and Emily (Cole) Willoughby. She married Frederick Ziemann on June 22, 1945 in East Lansing, MI. He preceded her in death on March 17, 2012. Davey earned her nursing degree from Edward W. Sparrow Hospital School of Nursing on October 27, 1945. She worked at Lawrence University as the Head Nurse for 13 years. She volunteered as a Girl Scout Leader, and was on the board of directors of the Appleton branch of the American Red Cross. She obtained her pilots license, was a Red Cross First Aide Instructor for Boy Scouts and Girl Scouts, worked at the humane society, was a member of the Wausau Knitters Guild and volunteered at many charitable functions.

A celebration of Life will be held on November 19, 2016 at WICHMANN FUNERAL HOME at 537 North Superior St. Appleton, WI. at 11:30. There will be a one hour visitation prior to the service. Pastor Joy Nelson-Jeffery (Wausau, WI.) will be conducting the service
Memorials can be directed to the Outagamie County Humane Society.
Online condolences can be made at www.wichmannfargo.com