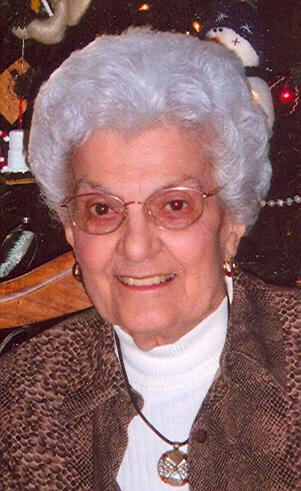 Age 85, passed away at St. Paul Home in Kaukauna on Tuesday, December 7, 2010. She was born in Little Chute on March 7, 1925 the daughter of the late Willard and Ethel (Mollen) Zornow. Vera was married to John Dictus who preceded her in death. She later married Henry Van Grinsven who also preceded her in death. Vera was both a homemaker and worked at Kimberly Pharmacy as a clerk. She enjoyed many activities including: golf, bowling, card club and crafts. Vera was a faithful member of Holy Spirit Parish, Kimberly. She will be dearly missed by her many good friends and family.

The funeral liturgy will be at 11:00 a.m. on Thursday, December 9, 2010 at HOLY SPIRIT PARISH, Kimberly Campus, 600 E. Kimberly Ave., Kimberly, with Fr. David Beaudry officiating. Friends will be received at the funeral home on Wednesday from 4:00 p.m. until 8:00 p.m. with a prayer service at 7:00 p.m. and at the church on Thursday from 10:00 a.m. until the time of the service. Burial will be in Holy Name Cemetery, Kimberly.

The family extends a special thank you to Sherry Van Grinsven and the staff at St. Paul Home for treating Vera and her family with love and respect.

A memorial fund in Vera‚Äôs name is being established.