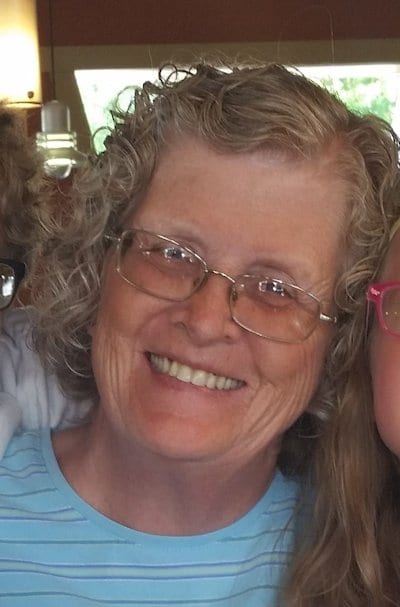 Kaukauna – Valerie (“Val”) M. Lewis, 66, entered her heavenly home on Saturday, April 11, 2020, at ThedaCare Regional Medical Center in Appleton. Born in Appleton on August 27, 1953, she was the firstborn daughter to Kenneth and Delores (Strobl) Forseth. The oldest to five younger brothers, Val was an incredible role model and mentor to them. Her nickname “Snookie”, first given to her by her dad, continued to be an endearing family tradition. Immediately following high school, Val served her country in the United States Armed Forces. There she met Robert Lewis Jr, and they wed in 1972. They started a family, but later divorced in 1993. Val was a devoted mother, sister, daughter, aunt and lover of animals, especially her cats. She was involved as a leader/coach in all her children’s various activities. She touched and influenced many young lives and is still referred to as “The best Girl Scout leader ever!” Her ambition and zeal drove her to earn a bachelor’s degree in education while raising two young children. Valerie taught middle school at St. John Sacred Heart in Sherwood from 1984-2014. Her passion for Art and Math was consistently and effectively transferred to her students. She was remarkably gifted at making learning- especially math- fun, and was most beloved by her students. “Mrs. Lewis’s” love of teaching continued well after her retirement as she tutored and assisted her daughter in instructing faith development classes at St. John of Little Chute. Val enjoyed sewing, crafting, sudoku puzzles, reading and gardening in her retirement. However, nothing brought her more joy and happiness than spending time with her grandchildren- especially hosting a grandkid sleepover. Her fulfillment came by giving of her love, time and resources to the benefit of those around her.

Val was preceded in death by her parents, and nephew, Craig Forseth.

Funeral Liturgy for Valerie will be at 10:30 am, on Saturday, July 18, 2020, at Sacred Heart Catholic Church, 222 E. Fremont St., Appleton. Interment will be in Riverside Cemetery, Appleton at 2:00 pm, with full military honors. To view the private live streamed funeral for Valerie that took place on April 22, 2020, or to leave online condolences, visit www.wichmannfuneralhomes.com.

Valerie’s family would like to sincerely thank the many wonderful and compassionate caregivers and nurses she had the past year.