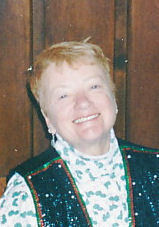 Valeria Jean Fredricks, age 89, of Appleton, passed away on February 27, 2015 at St. Elizabeth Hospital. Jean was born August 24, 1925 to the late Roy and Elizabeth (Hanselman) Diley in Dale. On August 8, 1959, Jean was united in marriage to Kenneth Fredricks.

Jean enjoyed a long career in retail, working as a catalog manager for Montgomery Ward until it closed and then as a manager at Aldens Catalog store in Appleton until it also closed. She then worked as a manager for Gimbels and Marshall Fields, retiring when the department store chain finally left downtown Appleton.

Jean was very active and loved fishing, boating, hunting, snowmobiling, and gardening. She enjoyed the outdoors and spending time at their cottage in Three Lakes. She was an amazing woman; a brave free-spirit with many talents. She could sew a beautiful prom dress and she could clean fish better and faster than anyone. She will be dearly missed by many.

Funeral services will be held at 3:30 p.m. on Tuesday, March 3, 2015 at WICHMANN FUNERAL HOME, 537 N. Superior St, Appleton. A time of visitation will be held from 2:00 p.m. until the time of services. In lieu of flowers, memorials may be made to St. Joseph Residence.