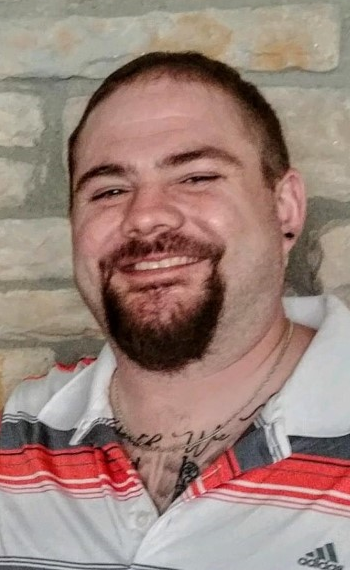 Our loving son, Tyler Ashley Keel, age 36, of Appleton, was called home by his Lord and Savior, Jesus Christ on December 4, 2019. He died in his home in Appleton, Wisconsin, unexpectedly. Tyler was born on August 31, 1983 in Appleton to Nick and Alice (Ashley) Keel. He was currently employed at Midwest Paper Group.

Tyler’s daughter Cierra was his pride and joy and he bragged about her constantly. He graduated from Appleton West High School and received his Associate Degree in Welding and Metal Fabrication from Fox Valley Tech.

Tyler was a loving , caring, person who often gave up his seat and thought of the comfort of others less fortunate, such as giving a homeless person money or a shower.

He will be sadly missed by his parents, Nick and Alice Keel, his sister Amber and Joe Endemann and their children Owen, Sawyer and Sophia, his daughter Cierra Case-Keel, aunts and uncles; Wally and Wendy Ashley of Sheboygan, Teresa and Eldon Black of Seymour, Carl and Gayle Keel of New London, Liana and Steve Collins of Kaukauna and Kevin and Katie Keel of Florida as well As many other relatives and friends.

He was preceded in death by his paternal grandparents Carl Keel and Shannon Schultz as well as Lawrence and Irene Ashley.

Funeral services will be held at 4:00 pm, on Friday, December 13, 2019, at the Wichmann Funeral Home, 537 N. Superior St., Appleton. Visitation will be on Friday at the funeral home from 1:30 pm until the time of the service.