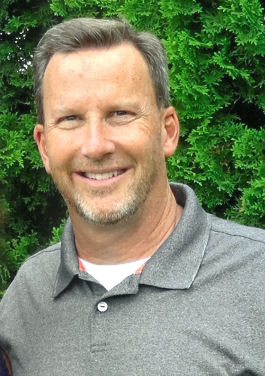 Tom W. Grimmer, 56, passed away unexpectedly on Saturday, November 18, 2017, at the ThedaCare Medical Center. He was born to Walter and Ruby (Parker) Grimmer on June 20, 1961 in Appleton. He married Beth Kunitz on May 1, 1993 in Appleton, WI and the two enjoyed 24 years together.

Family members and friends remember Tom’s quick wit and sense of humor. In fact, every story told about Tom is punctuated by bouts of laughter. (Those who know him will understand that many of these stories cannot be published here.) Tom loved to share his humor and warmth by giving people nicknames and joking around with others.

Tom had a competitive spirit and played many sports and games, including golf, tennis, longboarding, disc golf, and shooting hoops on the driveway. Tom was known for his comedically short temper when learning a new game, but equally recognized for his endless patience in teaching skills like skiing and snowboarding to others. He bowled several 700 series’ during League games, and he was proud of his table tennis accomplishments. He connected with others through games and even invented some of his own, such as pulling a kayak behind his jeep around the neighborhood in the winter.

Tom coached his children’s football and basketball teams. Family was always a priority for Tom, and he surrounded himself with loved ones for holidays, birthdays and other family traditions. He cooked family meals in later years using his mother Ruby’s cookbooks and handwritten recipes. He also liked spending time at the family’s cottage on the lake. Other activities that Tom enjoyed included playing the piano, listening to his Beatles collection, and watching James Dean movies.

Tom graduated from Appleton West in 1979. He completed his associate’s degree in architecture at the Northwest Technical Institute. Tom became an architect and enjoyed working many years with his coworkers at Hoffman Planning, Design & Construction, Inc. and previously at Birschbach & Associates. Throughout his career, he made many friends. He was also a member of the American Institute of Architecture (AIA).

Tom is survived by his wife, Beth; children: Lindsey, Nathan and Tyler; his brother and sister-in-law, Dan and Judy; his father- and mother-in-law, Chuck and Bette Kunitz; his sister-in-law Anne, and her husband Chris O’Renick; and nieces and nephews: Andrew Grimmer, Maddy and Ezra Bartsch, and Jack Walsh. He is also survived by his aunt, Marian Parker, and many other aunts, uncles and cousins.

Tom was preceded in death by his parents.

A memorial service will be held at 6:00 pm on Wednesday, November 22, 2017, at the WICHMANN FUNERAL HOME, 537 N. SUPERIOR ST., APPLETON, with Rev. John Kieffer officiating. Visitation will be at the funeral home from 2:00 pm until the time of the service. Inurnment will occur at a later date in Highland Memorial Park, Appleton. In lieu of flowers, a memorial fund has been created.

The family would like to extend their thanks to the first responders, Appleton Fire Department, and the AMC Emergency and ICU staff for their care and compassion for the entire family.

Dear Dad,
We wanted to thank you for not only being the best, funniest, handsomest, loving dad a child could ask for, but for also being our best friend. You made us so proud to call you our dad every single day. We love you with all of our hearts. Love, Meyer, Nate and Tiny

Tom was the best little brother that a big brother could ever have. I will miss him always, but he will live in my heart, my memories and my soul forever. With all my love, Dan.