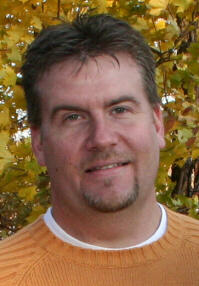 Age 40, passed away unexpectedly on Tuesday, September 20, 2011. He was born in Appleton on January 15, 1971 the son of Ronald and Patricia (Roemer) Jansen. On June 6, 1998 he married Amy Nechodom at Holy Spirit Parish in Kimberly. Todd was hired at Appleton Coated in Combined Locks in 1992 and worked as a clamp tractor driver in the shipping department. He loved golfing and the outdoors. Hunting and fishing were his favorite past times, especially his annual fishing trips with his friends. He was also an avid sports fan including the Packers, Brewers and Badgers. Todd was very proud of his family and loved spending time with his children, Kaden and Ariya. Attending their sporting events made him proud. Todd will be remembered for being a wonderful father.

The funeral liturgy will be at 1:00 p.m. on Saturday, September 24, 2011 at ST. PAUL CATHOLIC CHURCH, 410 E. Wallace St., Combined Locks, with Fr. Andrew Kysely officiating. Friends will be received at the church on Saturday from 10:00 a.m. until the time of the service. Burial will be in St. Paul Cemetery, Combined Locks.

The family extends a heartfelt thank you to the friends and family who have shown their care and support.

In lieu of flowers, a memorial fund in Todd's name is being established for his children.

“Daddy, we want you to know how proud of you we are. We miss you and will always love you. We know you will be cheering us on in Heaven when we are playing our sports. You are an AWESOME Dad!” Love Kaden and Ariya