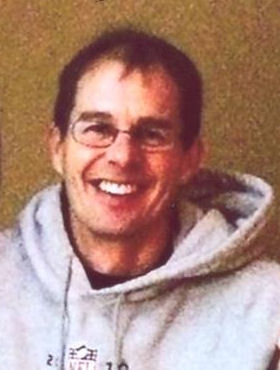 Todd K. Tourville, age 45, of Darboy, passed away on Saturday, October 3, 2015. He was born on May 27, 1970 in Appleton to Ken and Barb (Taylor) Tourville. Todd graduated from Menasha High School. He was employed with Service Litho-Print in Oshkosh where he developed a pride in his work.

Todd was an exceptional parent and husband who strived to be in his family's life. Whether it was volunteering for school events, coaching or simply pacing the sidelines of games Todd was there in all his enthusiasm. Together Todd and Pam were always seen with their children at their events. Todd was the ultimate Steeler's fan extraordinaire to the end. When there was time, Todd enjoyed fishing and spending time with family on the Chain of Lakes in Waupaca. Todd also volunteered at his church and in the community. His fondest memories are those spent with his family and Pam, his passion and life.

He is survived by his parents, Ken and Barb Tourville; his loving wife, Pam; his children, Phillip (special friend Alyssa) Mueller, Kayla Weber and Madison Tourville; his brother, Tim Vils; his two sisters, Terri (John) Williams and Tammy (Johnny) Tourville and his grand-pets, Oreo, Ruby and Rajsha. Todd is further survived by many nieces, nephews, other relatives and dear friends. Todd was preceded in death by his grandparents.

The funeral services will be held at 11:00 am on Thursday, October 8, 2015 at CHRIST THE KING LUTHERAN CHURCH, 601 S. Washington Street, Combined Locks, with the Rev. Tim Krick officiating. A time of visitation will be held on Wednesday, October 7, 2015 starting at 5:00 pm until 8:00 pm at Wichmann Tri-County Chapel, 1592 Oneida Street and again on Thursday at church starting at 9:30 am until the time of the funeral service. Interment will be held at Highland Memorial Park in Appleton.
In lieu of flowers, memorials may be given to Madison's education fund.
Online condolences may be offered at www.wichmannfargo.com.
Philippians 4:13 I can do all things through Christ who strengthens me.
STEELER STRONG