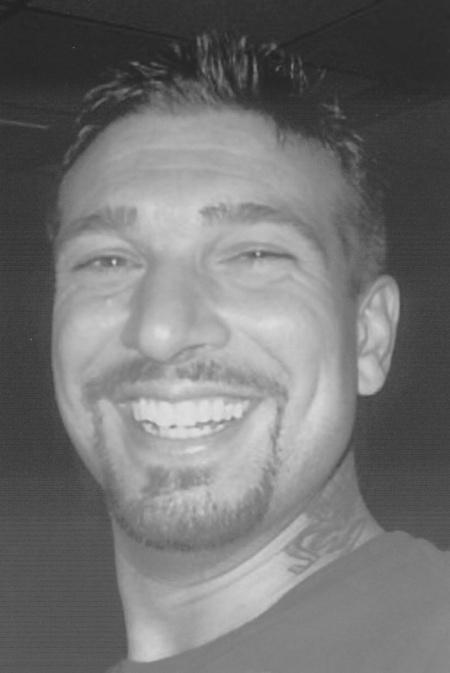 Timothy David Olsen, aka Herman Schwartz, age 38, of Appleton, was taken unexpectedly from us at St. Elizabeth Hospital in the early morning of Monday, September 3, 2012. Tim was born on January 29, 1974, in Appleton, to Arthur and Carol (Stueber) Joy. Tim was always full of energy, had an intoxicating smile, was a loving father who enjoyed spending time with his two sons, family and friends while listening to loud music, cracking jokes, helping others, enjoyed bargain hunting and working on cars. Survivors include his Mom and step-Dad; his fiancée Ashley Ecker; his sons, Caden and Caleb; his brother Dean and his sons, Travis and Trevor; his sister Julie and her daughter Heather (Clay) and her son Bruce; his brother, Aaron (Alicia) and his son Cooper. Tim is further survived by many aunts, uncles, cousins and friends. He was preceded in death by his grandparents, Augusta and Arthur Stueber: his aunts, Gen, Beverly, Shirley and his partner-in-jokes, Vivian; his uncles, Bud and Leo; and his cousin Sonny. Funeral services will at 2:00 p.m. on Friday, September 7, 2012, at CHRISTIAN LIFE CENTER, 670 N. Green Bay Road, Neenah, with Rev. Philip Bridges officiating. Friends may call Wichmann Funeral Home, Appleton, on Thursday from 4:00 p.m. to 8:00 p.m. and again at the church on Friday from 1:00 p.m. until the time of services. In lieu of flowers, a memorial has been established in Tim's name. Online condolences may be offered at www.wichmannfargo.com