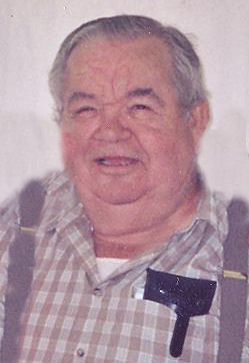 Thomas “Tom” I. Endrick, age 81, of Menasha, passed away on Wednesday, January 27, 2016. He was born on March 25, 1934 to the late Harry and Rosalind (Tellock) Endrick in Oshkosh. Tom was baptized at St. Joe's in Oshkosh and lived on the home farm in Zittau until his enlistment in the U.S. Army.

He was proudly employed at Miller Electric for thirty-one years retiring in 1996. Together Tom and his wife Blanche were faithful members of St. Matthew Evangelical Lutheran Church in Appleton. Tom was proud of his volunteer service to the Dale Fire Department. In his down time he enjoyed watching and feeding birds. Those who knew Tom can easily say that he had a heart of gold and that he was a kind and faithful husband.

In addition to his parents, Tom was preceded in death by his first wife, Janet; his infant son; and his brother Jim; his sister-in-law, Marilyn and his brothers-in-law, Allin, Otto and Donny.

The funeral service for Tom will be held on Saturday, January 30, 2016 at 11:00 am at ST. MATTHEW EVANGELICAL LUTHERAN CHURCH, 129 S. Mason Street with the Rev. Thomas Mielke officiating. A time of visitation will be held on Saturday starting at 9:00 am until the time of the service at church.
Interment will be held at Dale Union Cemetery. In lieu of flowers, a memorial fund has been established in Tom's name. Online condolences may be offered at www.wichmannfargo.com.

The family would like to thank the staff at the Cancer Center at St. Elizabeth Hospital for all the wonderful care given to Tom and support to his family.