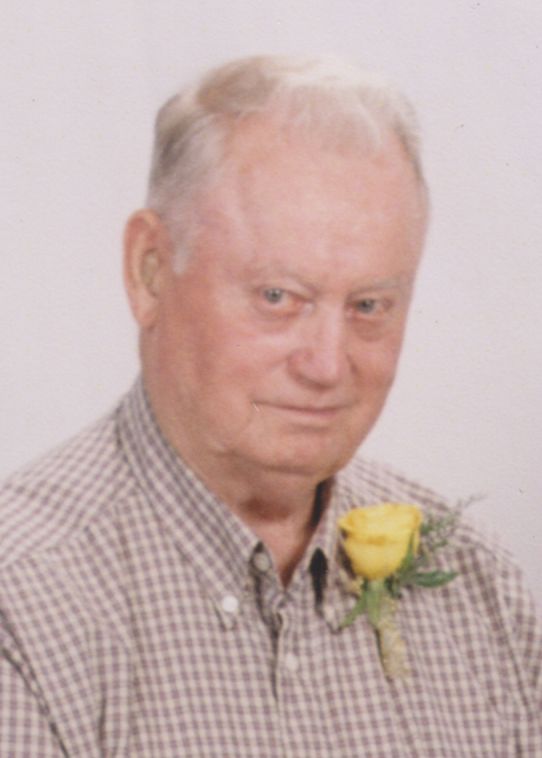 Thomas F. Roovers, age 94, of Kimberly, passed away on Sunday evening, February 11, 2018 at Frontida Assisted Living. Tom was born September 23, 1923 in Kimberly, son of the late Frank and Jacoba (Van Beek) Roovers. He was a veteran having served in the US Army Air Corps during WWII in the 456th Bomber group in Italy. On August 25, 1951, Tom married Doris Ardell at St. Therese Catholic Church in Appleton. Tom was a faithful member of Holy Spirit Parish and the American Legion Post #60 in Kimberly. He enjoyed fishing, playing cards and teasing his grandchildren and great grandchildren. Tom was also an avid Packer and Brewer fan. He worked for many years for the Village of Kimberly Street Department, retiring as Superintendent in 1983.

The funeral liturgy for Tom will be held at 5:00 PM on Thursday, February 15, 2018 at HOLY SPIRIT PARISH – HOLY NAME CHURCH, 600 E. Kimberly Avenue in Kimberly, with Msgr. Jim Vanden Hogen officiating.
A visitation will be held at the church on Thursday from 3:00 pm until the time of mass, with a private committal service being held at Holy Name Cemetery in Kimberly. Online condolences can be offered at www.wichmannfargo.com.

The family would like to thank the Veterans Administration, Frontida Assisted Living and ThedaCare Hospice.
Tom had a great sense of humor, was well respected, and was an overall great guy. He will be missed by all, we love you Dad.