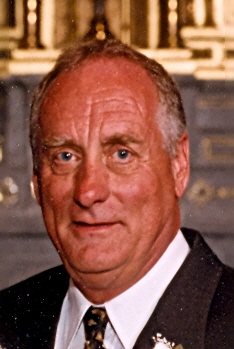 Thomas R. Belling, age 74, of Kaukauna, passed away suddenly on Friday, June 1, 2012. He was born on February 13, 1938, in Kaukauna, the son of the late Roy Theodore and Agnes (Zefra) Belling. On June 13, 1959, Tom married Sharon Coenen at Holy Cross Catholic Church in Kaukauna. He was a member of Holy Cross Catholic Church. Tom was the owner of Bell-Bilt Manufacturing. He enjoyed hunting, fishing, bowling, card playing, especially cribbage and sheephead. Trips to the casino and playing a prank on someone were things that Tom looked forward to.

Thomas was preceded in death by his wife of 51 years, Sharon “Mouse” Belling and brothers-in-law, Dave Pomeroy and Norm Carlson.

The funeral liturgy for Thomas will be held at 4:30 p.m. on Monday, June 4, 2012 at Holy Cross Catholic Church, 309 Desnoyer Street, Kaukauna with Tom's nephew, Fr. Tom Pomeroy officiating. Burial will take place at the parish cemetery. Friends will be received at the church from 2:30 p.m. until the time of mass.