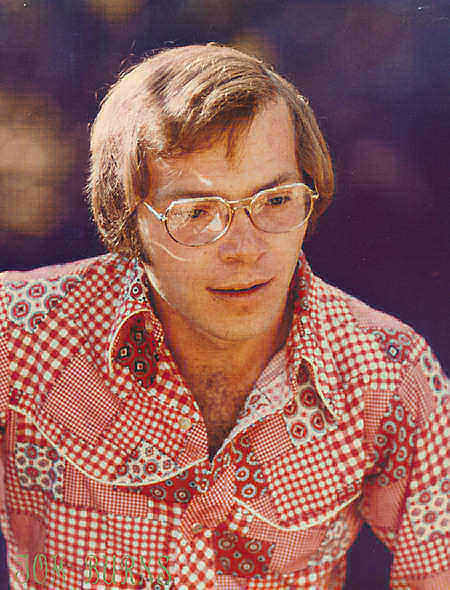 Tom grew up in Kimberly where he attended Holy Name Church and Grade School. He graduated from Xavier High School in 1966. He learned to play guitar while in high school and soon was invited to play his guitar and sing with the “Vanettes” from Kimberly. After high school he often played and sang at the “Cavern” coffee house in Appleton. From 1967-1969 Tom was a member of the Tyringham Trio with Scott Swanson and Craig Rogers. They performed in Wisconsin, North Dakota, and Illinois. In 1970, Tom began a solo career performing throughout the Midwest. He frequently sang in Three Lakes, WI and locally at Huck Finn's in Fremont. Tom returned to school in 1981 so he could spend more time with his family. He graduated from the University of Wisconsin-Oshkosh in 1988 with a Bachelor of Science degree in Education and Human Services. In 1990, Tom earned the degree of Master of Science in Communicative Disorders from the University of Wisconsin-Stevens Point. He worked as a Speech and Language Pathologist in the Manawa and Weyauwega schools and then in the Weyauwega/Fremont School.

Tom loved his life as a performer, singing and playing his guitar and banjo. He was inspired by the Kingston Trio and was a major fan of John Denver, performing many of their songs. Tom also loved being able to perform with his dad and two brothers at various events, especially near St. Patrick's Day, calling their Irish group “The Burns Boys and sometimes Dad”. Family and friends went to hear him play whenever he was nearby. Music was important to Tom and we all loved his music. Tom played guitar and sang in the St. Mary Magdalene Church choir and also taught private guitar lessons. He was a Green Bay Packers fan and enjoyed golfing, fishing, hunting, and woodcrafting. Tom loved his family. He was a wonderful grandpa. His grandchildren were the light of his life.

The funeral liturgy for Thomas will be held at 5:00 pm on Wednesday, November 16, 2011 at ST. CLARE PARISH – ASKEATON SITE, 7830 St. Pat's Church Road. Father Dennis Bergsbaken will be officiating. Interment will take place at the parish cemetery. The visitation will be held on Wednesday at the church from 3:00 pm until the time of Mass. In lieu of flowers, donation to the family.