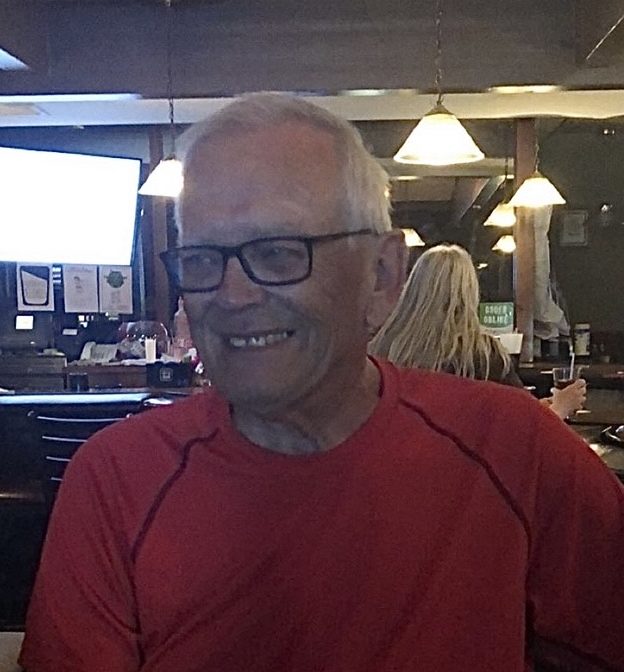 Thomas G Pawlowski “Polack” age 76, passed away on Wednesday, January 13th. He was born on January 11, 1945 in Neenah, WI, son of Henry and Ethel (Weiss) Pawlowski. Tom graduated from Menasha High School in 1963. On December 12, 1973 he married Nancy Birling when he realized the third time was a charm. He retired from Banta Co. after 39 years and took care of St. John’s Cemetery for 15 years.

He is survived by his wife, Nancy, of 47 years, his children, Alina (Tom) Siegel and J.T, and his three wonderful grandchildren who were the apple of his eye, Kaylee, Allie, and Sam Siegel. He is survived by his brothers David Damon and Pat Pawlowski and a sister, Kathy Neumeyer (Roger Will). In laws, Joyce Kohanski, Carol (Terry) Schmitt, David (Liz) Birling, Peggy (Tom) Waskiewicz, Teddy (Judy) Birling, Leon (Amber) Birling, Sue (Wayne) Roth, Cindy (Eugene) Moseng, Debbie (Dan) Derks, Paul (Pam) Birling, Tim (Anne) Birling, and Terry (Brenda) Birling, and many nieces and nephews. He is preceded in death by his parents, his in-laws Ted and Dorothy Birling, his sister in-laws, Colleen Pawlowski, Dianna Damon, Betsy Damon, his brother Dick Damon, and his brother in-law, Glenn Neumeyer.

Tom was full of life and was up for anything. He played football with the Manitowoc Chiefs in the 1970’s. He continued his love of sports playing for various softball teams until he was 60. He spent many years coaching girls softball at Palisades and at Menasha High School. He loved watching his children and grandchildren in their sports and could always be seen on the sidelines cheering them on and giving advice after their games.

He was an avid music lover with a wide range of record collections. He loved to play his 45’s for anyone who would listen and instilled a love of music in his children.

You could always find him up at Tony’s Bar having a drink, solving the world’s problems, or watching his favorite sports teams. #rolltide!

He was most happy when he was spending time with his family, but especially his grandchildren. They really were his pride and joy and he was so proud of them.

A private memorial service for Tom will be held on Thursday, January 21 at 11:00 am and will be livestreamed to his obituary page at www.wichmannfuneralhomes.com.

Please do not send flowers. A memorial will be set up.

In the words of Tom himself, “The man, the myth, the legend” will be missed by all.