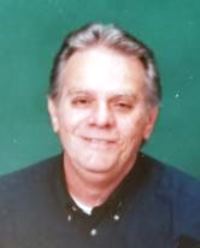 Thomas P. McLaughlin died peacefully at his residence on August 30, 2018 in Appleton, Wisconsin at the age of 68.

Tom was born on November 26, 1949 in Appleton to the late Earl McLaughlin and Geraldine (Locke) Guckenberg. After graduating from Appleton West High School he went on to serve his country in the U.S. Navy during the Vietnam War. He married the love of his life, Lori Larkin, on August 21, 1976. He graduated from UW-Oshkosh in 1981 with a degree in Business Management then established and retired from McLaughlin and Co. CPA firm. Tom was a man who was unique and will be remembered for the passion he had for his wife.

Thomas is survived by his wife of 42 years, Lori; he had three sisters; a brother, a daughter, Yolande (Don) Balthazard; sister-in-law, Lynn Larkin; many close friends, especially Jack, Lee and Rueben; many other friends and relatives.

The family would like to thank the team at ThedaCare for their care.