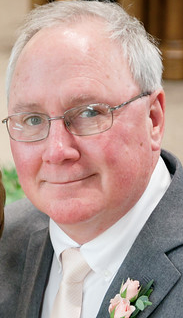 Thomas Oscar Maloney passed away on November 19th, 2020, with his wife of nearly 37 years by his side. Tom was born on February 2nd, 1957, son of the late James and Eileen (Hartzheim) Maloney. A lifelong Appleton resident, Tom graduated from the University of Wisconsin-Oshkosh, where he received his degree in business, and he went on to advance in the era of computers and technology. Tom married Amy Oberweiser on March 24th, 1984, and they had two daughters.

Charismatic, hardworking, and outgoing, Tom found success in sales through the building of meaningful, longstanding relationships with his clients and colleagues. Tom was quite the character, and his direct, strong-willed, and unapologetic personality was sure to leave a lasting impression on all of those who crossed his path. At the time of his passing, Tom was a Senior Solutions Consultant at Heartland Business Systems, and while he was committed to and passionate about his career, his top priority was always providing for his family and embracing his favorite things in life.

Anyone who knew Tom well, knew that sitting was not his forte. Tom could often be found boating, bowling, fishing, golfing, hunting, and snowmobiling, and he enjoyed watching any Wisconsin sports team with “the boys.” However, above everything else, Tom was happiest at the family cottage in Stockbridge, on Lake Winnebago, nestled toward the end of Rockland Beach Road. Tom’s famous fish fries, in particular, were popular on the Beach, and an easy excuse to get his family and friends together.

Tom is survived by his wife, Amy; his two daughters, Erin (Matthew) Drews, and Kelly (Matthew) Welch; his three beloved grandsons, Micah, Ethan, and Benjamin; his sister, Amy (John) McClellan; his brother, Dennis (Sherie Janssen) Maloney; Amy’s siblings: Thomas (Judy) Oberweiser, Linda (Jim) Gaerthofner, and Mary (Jerry) Rankin; many nieces and nephews; and more friends than could ever possibly be listed. Tom was preceded in death by his parents, James (Eileen) Maloney; and his parents-in-law, John (May) Oberweiser.

Tom’s family would like to thank the doctors, nurses, and staff at St Elizabeth Hospital for the compassionate care that they provided during his final days, and Tom’s family is blown away by the outpouring of love and condolences from people within every aspect of his life.

In lieu of flowers, memorials in Tom’s name can be directed to the Cerebral Palsy (CP) Center in Green Bay, located at 2801 South Webster Avenue, Green Bay, WI, 54301, or visit them online, supporting his Goddaughter, Molly McClellan.

Due to COVID-19, a private service for Tom will occur with only his immediate family, and a celebration of life will be held at a later date.

“It is not length of life, but depth of life.” Ralph Waldo Emerson