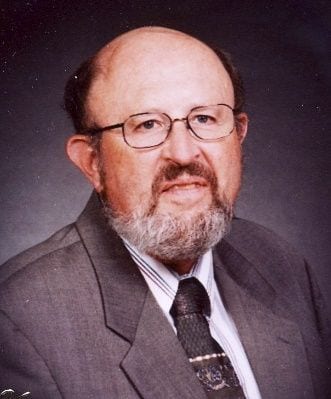 Tom graduated from the University of Wisconsin with a degree in chemical engineering.  He earned his PhD at the University of Minnesota.  Tom married Loretta Potvin on January 12, 1963.  They shared 15 years of marriage until her death in January 1978.  On April 12, 1980 he married Mary Wingfield.  They enjoyed 41 years together.

Tom had a long and distinguished career in the paper industry.  He was a professor at the Institute Paper Chemistry in Appleton for many years.  When the Institute relocated to Atlanta, he started his own consulting business.  He received many recognitions for his research, teaching, and practical applications of recovery boiler technology.  In 2001 he received the TAPPI Gunner Nicholson Gold Medal and in 2003 was inducted into the International Paper Hall of Fame.

Tom was a long-time member of St. Thomas More Church where he sang in the choir.  He was also a lifetime member of the MacDowell Chorus.  He served in various leadership positions including president and ticket chairman.  He was also an avid cross-country skier and bicyclist.

He was welcomed in heaven by his parents, his first wife Loretta Grace and his brother Larry Grace.

Donations in his memory can be given to the Appleton MacDowell Chorus, St. Thomas More Church, or the Paper Discovery Center.

The family would like to thank the staff of Century Oaks building 3 for the loving care they gave Tom, and the Heartland Hospice team for their care and compassion.