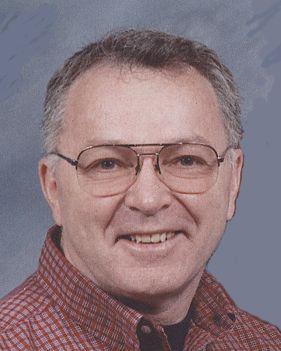 Thomas Summers, age 72, of Kaukauna, died on Saturday, April 19, 2014 at his home after a three year battle with acute myelogenous leukemia. He was born on March 21, 1942, in Askeaton, to the late Walter and Esther (Fox) Summers. Tom was very proud of his Irish heritage and spent his first five years of school at St. Patrick School in Askeaton, then 6th to 8th grade at St. Mary School in Kaukauna. He graduated from Kaukauna High School in 1960. Tom served in the U.S. Air Force from 1960 until 1964. While stationed in Glasgow, Montana, he met his future wife on a blind date. Tom and Yvonne “Bonnie” Schmitz were united in marriage on July 18, 1964, at St. Mary's Church in Golva, North Dakota. They raised their family of four in Hollandtown and belonged to St. Francis Parish. He was an 18 year member of the Hollandtown Volunteer Fire Department. Tom worked for Brooks Oil Co. for 24 years and drove bus part-time for Kobussen Bus. He then worked for 13 years at Kimberly Clark, Neenah South Plant. After retiring in 2004, he worked part-time delivering tires for ATF Tires in Kaukauna. In 1988, they moved back to Kaukauna and became members of St. Mary Parish. He served on the Cemetery and Building and Grounds Committees.

One of God's greatest gifts to Tom was being able to watch his children and then his grandchildren grow in their church, community and country as servers, readers, ushers, Boy and Eagle Scouts, sports players, musicians, actors and actresses, and turning 18 and voting for the first time. Family reunions and vacations in Tomahawk were the highlights of the year. Another gift was a special group of friends and classmates that have played Sheepshead together since the 60's.

As the only brother of six sisters, he was never spoiled and will be missed by Maryann VandeYacht, Patsy Van Linn, Pauline (Nard) Krueger, Judy (Bob) Wurdinger, all of Kaukauna; Dolores Besaw of Neenah and Phyllis (Pat) Stumpf of Combined Locks. He is further survived by his western family of five sisters-in-law and a brother-in-law, Elaine Zachmann and Paul (Marylee) Schmitz of Beach, North Dakota; Marge Fries of Mott, North Dakota; and Earlene (Dan) Carney and Annette (Steve) Schindler of Glasgow, Montana.

The funeral liturgy for Tom will be held at 11:00 am on Friday, April 25, 2014 at ST. KATHARINE DREXEL, ST. MARY CHURCH, 119 W. Seventh Street in Kaukauna. Fr. Walter Stumpf (nephew) and Fr. Jerry Pastors will be officiating. The family will receive relatives and friends at the CHURCH on Thursday from 4:00 pm until the prayer service at 7:00 pm and again on Friday morning from 10:00 am until the time of mass. Inurnment will take place at St. Patrick Cemetery in Askeaton. In lieu of flowers, memorials can be made to the Chronic Disease Fund or The American Cancer Society. Online condolences can be offered at www.wichmannfargo.com.

For all of their care, thank you to Dr. Michael Werner and the staff at The Kaukauna Clinic, also the wonderful staff at the Martha Siekman Cancer Center, and the compassionate care provided by ThedaCare at Home Hospice. A special thanks to Dr. Kevin Mortara and Patricia Martins, P.A. for their personal care and friendship.