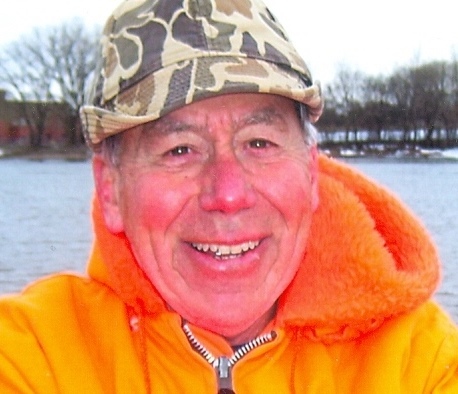 Tom was born on April 26, 1941 to Louis and Augusta (Schmitz) Killian. On October 31, 1964, he was united in marriage to Dawn Oettinger at Holy Cross in Kaukauna. He was a veteran having served in the US Marine Corps. Tom worked at Thilmany for 37 years until his retirement in 2001. He was an outdoor person and enjoyed hunting, fishing, bow hunting, canoeing and biking. Most of all Tom loved hanging out with his grandchildren and the memories they made will be cherished.

Tom was preceded in death by his parents, and siblings; Esther Killian, Frank Killian, Mildred (Joseph) Gokey, Lorraine (Clayton) Van Asten, Carol (Richard) School, and Leo Killian and in-laws; Joseph Oettinger, Thomas Oettinger, and Ron Welter.
The memorial service for Tom will be held on Saturday, May 13, 2017 at 12:00 PM at the WICHMANN FUNERAL HOME, 537 N. Superior St. Appleton. A time of visitation will be held on Saturday from 10:00 AM until the time of the service at the funeral home.

Online condolences may be expressed at www.wichmannfargo.com. The family would like to thank Dr Phillips at Fox Valley Hematology and Oncology and the loving and compassionate staff at Cherry Meadows.