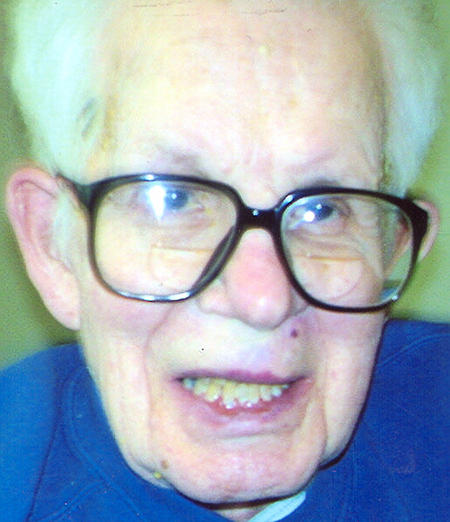 Thomas M. Hutt, Jr., age 88 of the Town of Menasha, passed away, Thursday evening, April 23, 2009. He was born January 8, 1921, to the late Thomas M. and Lorna (Hecox) Hutt, Sr., in Columbus, Ohio and prior to moving to the Appleton area in 1988 had been a resident of Normal IL. Tom had been employed by General Electric until his retirement in 1988. He served with the U. S. Army Air Corps during WW II. Tom was also an ordained Presbyterian pastor, serving parishes in Ohio and Wisconsin. He was very active politically with the Democratic Party and Memorial Presbyterian Church. He is survived by four daughters, Jean (Mark) Ruble, Paris, TN; Mary (Randy) Mayhugh, Indiana; Ruth Witt, Virginia; Martha (Dan) Spanier, Florence, KY; seven grandchildren; four step-children, Peggy Robinson, Tom (Opal Dee) Richmond, Marilyn (Bill) Kautz, Patricia (Doug) Browning; a brother, William Hutt and a sister Sally Rich, both of Columbus, OH. He was preceded in death by his wife Agnes, a daughter, Alice Shumake and a sister, Virginia Merrill. It was Tom's request that no services be held. Condolences may be directed to the Wichmann Funeral Home and a memorial fund has been established for Oakridge Gardens Nursing Home.