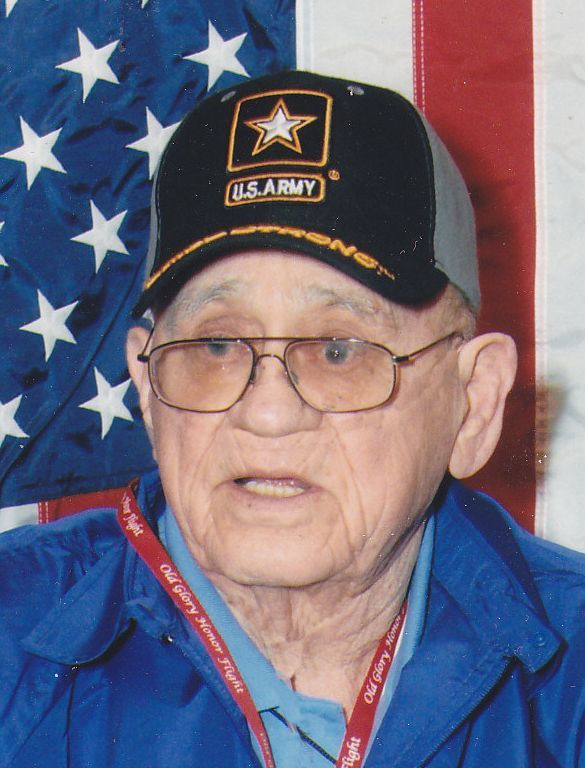 Tom “Barney” Gambsky died on December 31, 2014 at Appleton Medical Center, from complications from a fall.

He was born in Appleton, Wisconsin on November 17, 1928, the son of Bernard and Mary (Miller) Gambsky. Family has always been important to him. The youngest of four children, and the only son, Tom was raised in Appleton surrounded by a large extended family.

Tom joined the U.S. Army (Quartermaster Corps) and served in Germany post WWII and in Korea during the Korean War. Serving his country was always a point of pride for him and his love of country influenced him the rest of his life.

In 1952 Tom met Phyllis Huffman through his older sister Mary, and after a whirlwind courtship they married on August 26, 1952. Their marriage, which included raising two daughters, lasted almost 60 years until Phyllis' death in 2012. In the latter years of their lives Tom and Phyllis were members of the Appleton Alliance Church and they always appreciated the support and fellowship of their church family, especially in the last two years after Phyllis' death. Tom always spoke with pride about “his church.”

Tom was trained as an electrician, starting out at M&J Electrical and finishing his career at Superior Electric with some 20 years of service. Throughout his life Tom believed strongly in the union and was proud of membership of the IBEW Local #577 in Appleton.

As a veteran, Tom believed strongly in honoring those who serve and never forgetting the sacrifice made by our service members and their families. He was a long standing member of the VFW Harvey Pierre Post #2778. Not a veteran's commemoration took place without Tom. He was the unofficial city photographer for all events military whether it was a funeral, parade, Veteran's Day and Memorial Day remembrances, capturing EVERYTHING on film and sharing it with others. A highlight of his life occurred when he was able to fly to Washington DC on two occasions with the Old Glory Honor Flight, first as a guardian and then as a veteran. In one day he brought home hundreds of pictures.

Service was large part of Tom's nature. In his retirement he thrived on being with people as was evident in his volunteering for many years at the Saint Vincent de Paul thrift shop and his involvement with the Appleton Alliance Church. He also used his love of photography to capture special moments like retirements, weddings and funerals for families in the community.

Tom also appreciated the peace and quiet that nature offers and enjoyed camping and fishing. After Phyllis passed, he was able to fulfill his goal of refurbishing his trailer and spend weekends fishing. And yes, we have the pictures to prove it.

Tom is survived by two loving daughters: Gail Verschoor of McCall, Idaho and Julianne (Richard Sorenson) Denton of Ripon; three grandsons Ben Verschoor, Michael Verschoor and Josh Gambsky . He is also survived by his sister Jane Steger and two special friends, Bob Vollmer and Mary Steenburgen. He was preceded in death by his parents, his wife Phyllis and sisters Mary Alto and Joan Larsen.

Our family would like to thank UW Health Fox Valley Family Practice for providing years of excellent care to our father.

Visitation will take place from 10:00 until 11:30 am on Saturday, January 24, 2015 at Wichmann Funeral Home 537 N. Superior Street in Appleton. Family and friends will gather for a Celebration of Tom's Life at 11:30 am at the funeral home. Immediately afterwards, inurnment with military honors will take place at Highland Memorial Park Star of Hope Chapel 3131 N. Richmond Street.

“But those who hope in the Lord will renew their strength. They will soar on wings like eagles; they will run and not grow weary, they will walk and not be faint.” Isaiah 40:31