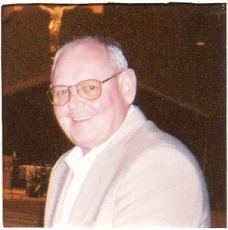 Thomas Schwanke, of Kimberly, age 69 years, died unexpectedly on Sunday, October 7, 2007 at his home. He was born April 10, 1938 in Appleton, the son of Raymond and Idella (Courchane) Schwanke. After graduation from Kimberly High School, Tom spent four years proudly serving in the US Marine Corps. He returned to Kimberly and began working at the Kimberly Mill until his retirement in 2001 after 42 years. During his retirement, he worked part time as a courtesy shuttle driver for Van Dyn Hoven, Inc. Tom cared for his mother since the death of his father in 1985. Tom enjoyed reading, computer gaming, bowling, and traveling.

The funeral liturgy for Tom will be held at 6:00 pm on Thursday, October 11, 2007 at HOLY SPIRIT PARISH ‚Äì KIMBERLY, 600 E. Kimberly Ave. with Fr. David Beaudry officiating. Interment will take place at the parish cemetery. Visitation will be held at the church on Thursday from 4:00 pm until the time of mass. In lieu of flowers, a memorial fund has been established in his name.