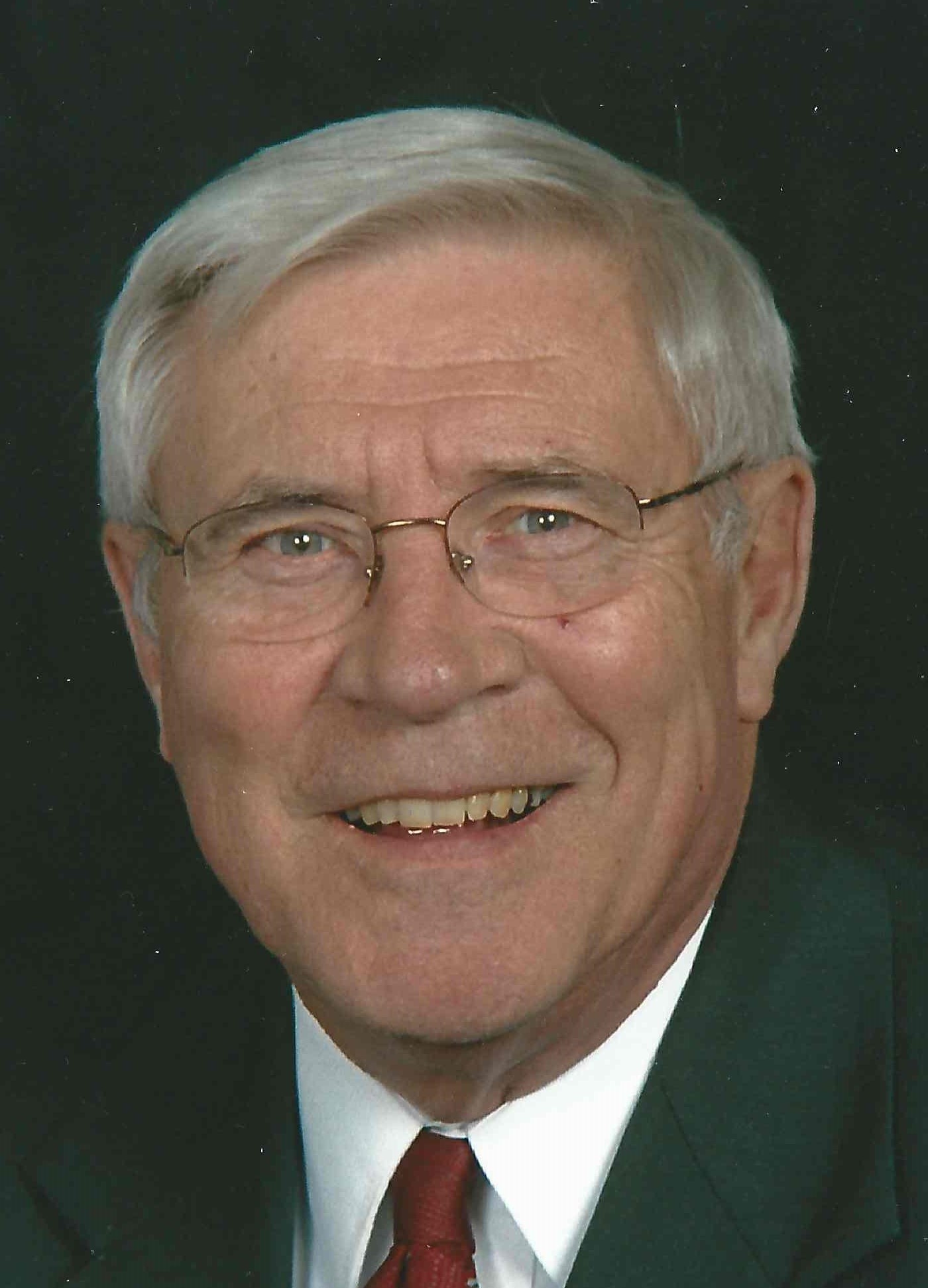 Due to current conditions, the family looks forward to thanking everyone at a Celebration of Life this summer.

The private memorial service for Tom can be viewed at this website on Tuesday morning, May 26, at 11:00 AM

Just days after a ride on his four-wheeler through his beloved northern Wisconsin property, Thomas Leo Harp, 86, died Sunday, May 17, 2020, at ThedaCare Regional Medical Center in Appleton. The son of the late Eugene and Loretta Harp, Tom was born on May 5, 1934 in Little Chute. He married the former Ruth Ebben on June 2, 1958 at St. John Nepomucene Church in Little Chute.

Tom attended St. John Grade and High School in Little Chute and went on to study at Milwaukee School of Engineering. After a stint in the U.S. Army as a heavy equipment operator, he attended Marquette University and graduated in 1961 with a degree in Civil Engineering. Days after graduation, he began his career with the City of Appleton as a design engineer. He was appointed City Engineer in 1969, and held that position for 27 years, retiring in 1996. There were many highlights during his 35-year career with the City of Appleton, among them the design and construction of three bridges – Memorial Drive, Lawe Street and Pacific Street bridges. Add to that the pedestrian bridge over Hwy. 441, and he certainly left his mark on the city thoroughfares. One of his more memorable projects was the Walnut Street tunnel, which drains nearly all of downtown, thanks to a 6-foot-diameter sewer buried 40 feet in the ground – a one-of-a-kind project to this day. And, he was responsible for the Gabion Channel that stopped erosion and stabilized the sides of holes 18-19 at Reid Municipal Golf Course. The City recognized Tom’s contributions in 2019 by naming a street in his honor. Tom got a kick out of riding by “Harp Alley,” just a mile or so from his home, on occasion.

The City of Appleton doubled in size during Tom’s tenure, and he “rewrote the book” on specifications for projects undertaken by the City. Appleton’s specifications were acknowledged as “the bible to follow” by vendors and surrounding communities alike. He also helped develop the NEWI municipal engineers group that extends from Green Bay/Fox Valley/Fond du Lac/Manitowoc. Finally, he started the City’s Construction Coordinating Committee that brought construction-related groups such as gas and utilities, telephone service and other providers together to coordinate projects of any magnitude.

Tom and Ruth enjoyed their time together, at home or at their cabin in Suring, and were especially fond of making wine together. They started in 1970, and the fruits of their labor were recognized with awards in an international winemaking competition – the very first time they entered the competition in the spring of 2009. Like all the Harp brothers, Tom was an avid hunter and fisherman, and also enjoyed radio-controlled model airplanes. He was active in his church, St. Joseph Catholic Church, Appleton, where he had served as a trustee and on the Building and Grounds Committee.

Tom was blessed with care-giving hands all around him – family, friends and neighbors.

The family looks forward to thanking everyone at a summer Celebration of Life due to the current circumstances around the COVID-19 virus.

The private memorial service for Tom can be viewed at this website on Tuesday morning, May 26, at 11:00 AM.

Due to current conditions, the family looks forward to thanking everyone at a Celebration of Life this summer.

The private memorial service for Tom can be viewed at this website on Tuesday morning, May 26, at 11:00 AM