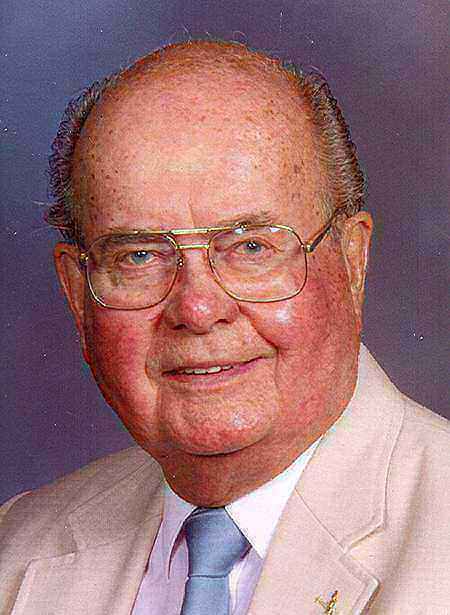 Age 86, passed into his Heavenly Home on Sunday February 25, 2007 at Appleton Medical Center. Tom was born on November 9, 1920 in Ashland, WI., son of the late Elmer and Laura (Kranhold) Nooyen. He was a U.S. Army Veteran of WWII, serving with Company D of the 127th Infantry. He married Margaret ‚ÄúPeggy‚Äù Hanegraaf on July 14, 1948 at St. John Catholic Church in Little Chute. She preceded him in death on January 12, 1996.
Tom was employed for many years by American Can Corporation until his retirement. Throughout his life Tom was active in many organizations including the Boy Scouts, VFW, and St. Therese Catholic Church.
He is survived by his 2 sons and daughters in law Jeff and Jeanne Nooyen, Appleton and Jim and Pam Nooyen, Wisconsin Rapids; grandchildren: Tegan (Mike) Farrey, Katie (Matt) Werner, Nick Nooyen and Tiffany Nooyen. In addition to his wife, Tom was preceded in death by a grandson, Levi.
The Funeral Mass will be held at 11 A.M. on Thursday March 1, 2007 at St. Therese Catholic Church, Appleton with Fr. William Hoffman officiating. Visitation will be on Wednesday from 5-8 P.M. at the funeral home with a Prayer Service at 7:30. There will also be visitation at the church on Thursday from 10 A.M. until the time of services. In lieu of flowers a memorial is being established.

The family would like to extend a thank you to the staff at Appleton Medical Center.