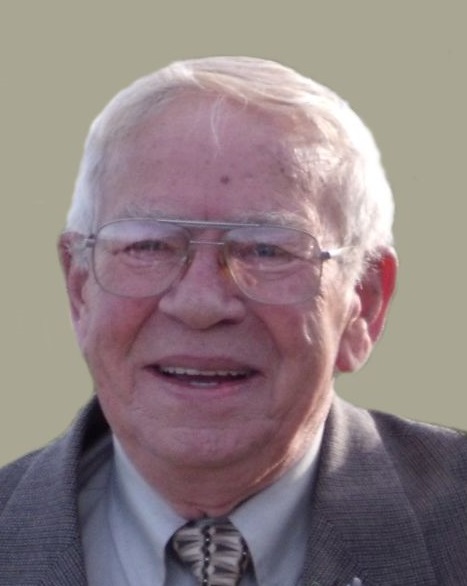 Tom Vander Hyden, age 80 of Combined Locks, passed away peacefully on Sunday evening, December 17, 2017. His room was filled with his loving family who were sharing stories, comforting him, and praying for him. Tom was known to many by different nicknames. Some called him “The Old Boy”, others “Grandpa Tom”, the little ones called him “Up North Great Grandpa”, and his buddies at the mill knew him as “Flapper”. He married Gloria Henschel of Kimberly on November 9, 1957 at Holy Name Church in Kimberly, and recently celebrated sixty years of marriage.

For forty-two years, Tom was employed at the Kimberly mill. He was also the handiest of guys you could imagine, and taught his sons many of the same skills. He was also a second dad to his sons-in-law and daughters-in-law: the entire family is truly one big, happy family.

He and Gloria enjoyed camping, fishing, hunting, and spending time at their cottage at Lac Vieux Desert. He also did his own taxidermy – the house and cottage are both decorated with his masterpieces. He and Gloria also enjoyed traveling in their retirement and wintering in Florida. Tom always felt as though he and Gloria had the very best of times: a healthy and loving family, a good job, a loving wife, and a long, enjoyable retirement.

The funeral liturgy for Tom will be held at 4:00 PM on Wednesday, December 20, 2017 at ST. PAUL CATHOLIC CHURCH, 410 Wallace Street in Combined Locks, with Fr. Andrew Kysely officiating. Family and friends are welcome to gather at the church on Wednesday afternoon from 2:00 PM until the time of the service.