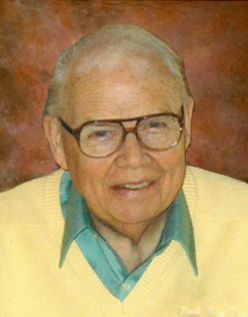 Thomas John Lison, age 94, passed away peacefully with his family by his side on February 26, 2019, at the Rennes Health and Rehab Center. Tom was born in Green Bay on November 4, 1924, son of Raymond and Grace (Lewis) Lison. He went to St. Patrick’s Grade School and Green Bay West High School. During WWII, Tom served in the United States Army Air Force in Communist Northern China. After his return from service, he attended and graduated from St. Norbert College. Tom was employed at Stuebe Office Supply in Green Bay for 14 years and at Fox River Paper Corp. in Appleton for 28 years retiring in 1990.

Tom was on the board of directors for Community First Credit Union for 19 years. He was a charter member of the Appleton Evening Lion’s Club and very active at St. Therese Church and Romeos and Calicos Square Dance Club. Tom enjoyed golfing, bowling and playing cards with his “Buddies”, as well as playing the stock market and traveling.

The Funeral Liturgy for Tom will be held at 11:00 a.m. on Saturday, March 2, 2019, at ST. THERESE CATHOLIC CHURCH, 213 E. Wisconsin Ave. Appleton. Father Ryan Stark will officiate. Visitation will take place from 9:00 a.m. until the time of Mass. Military honors will follow. Online condolences may be expressed at www.wichmannfargo.com.

Tom’s family would like to thank the staff at Rennes for their kind and compassionate care.