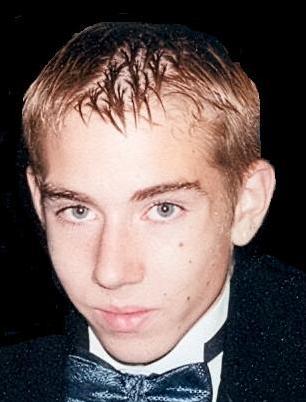 Thomas West, age 28, of Neenah, passed away unexpectedly on Wednesday, November 20, 2013. He was born on March 15, 1985 in Appleton, the son of Michael and Dawn (Miller) West. Tom loved the outdoors and enjoyed camping, fishing and hunting. He looked forward to playing his guitar and listening to music. Tom liked the simple things in life, be it playing with the dogs, getting together for family gatherings, or hanging out with friends. He had a huge heart and was always thinking of others.
Tom will be sadly missed by his parents, Michael and Dawn West; sisters: Nicole (special friend Joel) Remmel and Amanda (Nick) Dercks; nieces and nephews: Ethan DeWall, Alex and Alivia Remmel; Ethan and Spencer Dercks, William West; grandparents: Donna (Thomas) Miller and Jeanne (Henry “Bud”) West; aunts and uncles: Anne (Roland) Kiesow, Donna Kohls, Joseph (Natalee) West, Linda Gleason, Sharon (Larry) Mueller, Daniel (Alice) Miller, Dale (Sue Rae) Miller, Darla (Col. William) Krahling and Danae (Joseph) Shipman. He is further survived by his special cousin, Amy (Josh) Hanson, other cousins, extended family and many friends. Tom was preceded in death by his aunt, Shirley West; uncle, Richard Kohls; and cousin, Sgt. Nickolas Mueller.
The funeral service for Tom will be held at 7:00 pm on Sunday, November 24, 2013 at Jansen Fargo Funeral Home in Kimberly. Deacon Bruce Corey will be officiating. The family will receive relatives and friends from 4:00 pm until the time of service. In lieu of flowers, a memorial fund has been established in his name. Online condolences can be offered at www.wichmannfargo.com
The family extends a heartfelt thank you to Dr. Raymond Georgen, Dr. Phillip Yazbak, and the ICU nurses at Theda Clark Medical Center, especially Jean and Erin. Tom was a giving person and will keep his generosity alive by fulfilling his wishes of organ donation. The UW Organ and Tissue Team will remain in our thoughts forever.