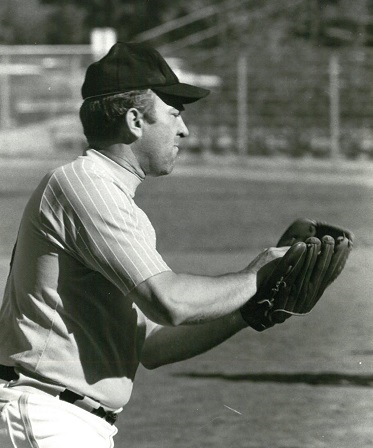 Tom Driessen, age 83 of Combined Locks, passed away on Thursday morning, January 4, 2018 at a local care center. Tom was born in Little Chute on January 12, 1934, son of the late Clarence and Marie (Vanden Burgt) Driessen. He was a 1952 graduate of St. John Catholic High School in Little Chute, and served in the United States Army until his discharge in 1958. On November 24, 1960, Tom married Joana Mae Wenzlaff at St. Therese Catholic Church in Appleton; Joana preceded him in death in 2017.

For over forty years, Tom worked at the Combined Locks Paper Mill, retiring in 1997 as a member of the Quarter Century Club and as a recipient of the Golden Apple Award. In his younger days, Tom played Legion baseball, and during his working years enjoyed playing and umpiring slow-pitch softball. Tom was also a longtime member of the Combined Locks “Quarterback Club” and was a member of St. Paul Catholic Church in Combined Locks. He and Joana both helped as caregivers for three of their grandchildren, Keshia, Brandon, and Tipper. Grandpa taught the boys the finer things in baseball, and both Tom and Joana faithfully attended all of the events the grandkids participated in.

The funeral liturgy for Tom will be held at 11:00 AM on Saturday, January 13, 2018 at ST. PAUL CATHOLIC CHURCH, 410 Wallace Street in Combined Locks, with Fr. Andrew Kysely officiating. Inurnment will be in the parish cemetery. Family and friends are invited to gather directly at the church on Saturday morning from 9:00 AM until the time of the mass.

The family would like to thank Pa and the dedicated staff at Kimberly Assisted Living, Dr. Anthony Marquis and Dr. Eric Winkel and the many nursing “Angels” at Theda Care Regional Medical Center—Appleton, The Bridges caring staff, Lou and the dedicated staff at Theda Care Hospice, Dr. Stephen Dernlan, and Dr. Patricia Demery. We will always remember your love and compassion.