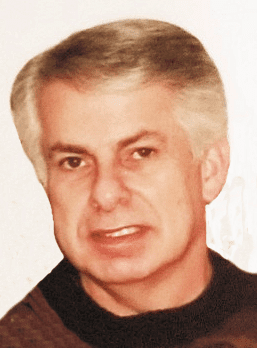 The mass may be viewed via Livestream by visiting this site on the day of the mass.

Thomas “Tom” Fredrick Ashauer left Earth to join God and the angels in Heaven on January 8, 2021, while his family and loved ones were by his side.

Tom was born on June 1, 1942 to Lucille (Laux) and Anton Ashauer in Appleton, WI. He was a graduate of Kaukauna High School Class of 1960. On September 14, 1966, he married Kathleen Isabelle Mollen in Little Chute, WI at St. John Nepomucene Catholic Church. Together they lived in Kaukauna, WI, where they were employed by Giddings and Lewis. He later joined his father and brothers in the family business, LBJ Distributors. After the family business was sold, Tom transitioned to working at the Darboy Club, and subsequently, Wichmann Funeral Homes.

Tom was a true Wisconsinite, as he supported the Packers and Brewers with fervor while enjoying a burnt beer brat and sharing his coaching insights from his couch. He loved to golf and bowl regularly in leagues with friends and family. Tom even scored a 300 game in bowling (and nearly a second), as well as a 3-game series with scores over 200 in each game. When at home, he enjoyed playing Cribbage and Sheepshead, and he was known to have exceptional luck at cards, much to the chagrin of his fellow players. His favorite place to shop was the “Man Boutique,” Ace Hardware, which he visited several times a week to aid in completing at-home projects.

A Funeral Mass will be celebrated for Tom  at 11 AM on Saturday, January 16, 2021 at Holy Cross Catholic Church, 309 Desnoyer St., Kaukauna, WI by Rev. Don Everts. Family and friends may visit at the church from 9:30 AM to the time of mass. Inurnment and Military Honors will follow at St. John Nepomucene Catholic Cemetery, Little Chute. Masks and social distancing are required.  The mass may be viewed via Livestream by visiting this site on the day of the mass.

The family would like to thank Tom’s health care team, especially Dr. David Anderla, the compassionate nurses and other clinicians who attended to him in his final hours at ThedaCare, and their thoughtful neighbors, notably Jason Jansen for his help around the house.

“While Tom was hospitalized at ThedaCare Regional Med. Ctr.- Appleton, he had 3 very outstanding nurses. While I have to apologize for not having your last names, I want Tim on 3rd Floor, John in ICU and Erin in ICU to know you were so appreciated.  One often hears the phrase “Angels Walk Among Us.” You 3 definitely fall into this category.  Thank you from the bottom of our hearts! 10 star rating for you all!” -Kathy

Please leave a special message or condolences for Tom’s family below.

The mass may be viewed via Livestream by visiting this site on the day of the mass.