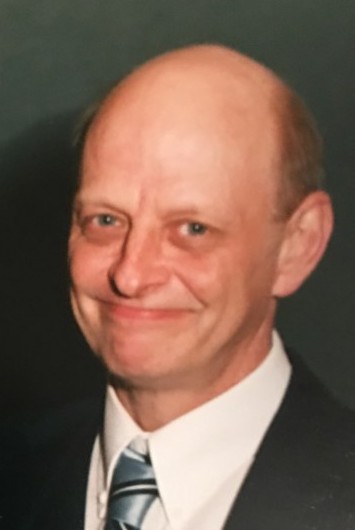 Thomas Daniel Kloppenburg, age 72, of Appleton, passed away on September 2, 2019. Tom was born on February 15, 1947 in Sheboygan, Wisconsin to Paul and June (Carle) Kloppenburg. He was a 1966 graduate of Sheboygan South High School in Sheboygan. On June 18, 1966 he married Paulette Ann Hess and she passed away on January 17, 2010 after over 43 years of marriage. He was employed at Appleton Papers, Combined Locks Mill, retiring in the summer of 2009. He was a member of the Grand Chute Lions Club.

Tom was a simple man. He loved spending time with his family and was an especially proud grandpa and great-grandpa. He was a hard worker who took great pride in providing for his family and making a home for them. He liked mowing the lawn and pitching in to help his neighbors in need. He was the kind of man who could meet someone new and within minutes have made new friends. He also enjoyed stock car racing and watching football, especially the Packers.

When he was younger he also liked going to his land up north and taking care his home up north.

He will be sadly missed by his children: Timothy J (Rudy Balli) Kloppenburg of Lake Balboa, California; Laura M. (Brian) Voldsness of Menasha; granddaughter Jessica D. (James) Hurley and their daughter Alice of Menasha; sister Danielle Hoffman of Neenah; brother George Kloppenburg of Amberg; brother Paul (Terry) Kloppenburg of Sheboygan as well as many nieces, nephews and other relatives and friends.

He was preceded in death by his parents, his wife Paulette, sister-in-law Donna Hess as well as Paulette’s parents, Herbert and Dolores Hess.

There will be a celebration of life on Saturday, September 7, 2019 from 3:00pm to 5:00pm at Wichmann Funeral Home, Superior Street Location in Appleton, 537 N. Superior Street. There will be a memorial service at the funeral home at 5:00pm. For more information and to express condolences, please visit www.wichmannfuneralhomes.com.

The family would like to thank the staff and nurses of The Atrium of Little Chute and Heartland Hospice for the loving care given to dad. He loved you all and you will not be forgotten.