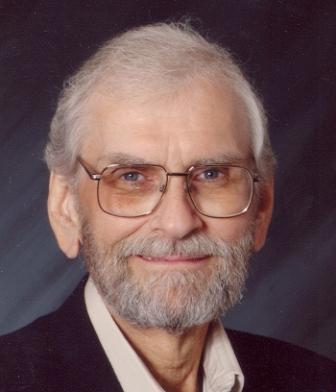 Thomas Carl Reischl of Appleton, age 64, passed away Thursday morning, July 5, 2007, at his home following a very courageous battle with cancer. He was born April 13, 1943, in Oshkosh, WI, to Frank J. and Marian M. (Maves) Reischl, the third of their six children. Tom played guitar and bass in various rock and roll banks in the Midwest for several years in the early 1960s. This experience led to a lifelong appreciation for all types of music. After graduating from Oshkosh High School in 1961, Tom worked for eight years as a computer technician for the NCR Company. He entered the insurance business in 1973 and worked as an agent in the Sheboygan County area for ten years. In 1983 he joined the Aid Association for Lutherans home office in Appleton in the advanced marketing and agent training departments. He earned a BA in Management and Communication from Concordia University Wisconsin, Mequon, WI and a MS in Financial Services from The American College, Bryn Mawr, PA. Professional designations: Chartered Life Underwriter (CLU), Chartered Financial Consultant (ChFC), Life Underwriters Training Council Fellow (LUTCF). May 1964, Tom married Karen Sohm. August 1984, he married Jessica Perry Van Engen; she predeceased him on February 1, 1993. On January 21, 1995 he married Cindy S. Kussman. Tom was a longtime member of Grace Episcopal Church, Sheboygan, WI.

Tom retired from Thrivent Financial for Lutherans (AAL) in 2002 as Director of Business Continuation Planning. Since that time he stayed involved with the insurance industry by teaching pre-licensing courses for Summit Schools and various continuing education courses for Hondros College. He was also a member of the adjunct faculty of Cardinal Stritch University where he taught various business courses in Stritch‚Äôs Appleton Bachelor‚Äôs and Master‚Äôs degree programs. Tom was author of dozens of magazine articles and four books dealing with insurance, ethics and financial services topics.

Tom enjoyed volunteering for Habitat for Humanity, working on endless woodworking projects and trying to fix just about anything. He enjoyed listening to all types of music but his favorites were Frank Sinatra and jazz guitar. Tom enjoyed traveling and was recently able to pursue his childhood interest of oil painting. Tom‚Äôs positive attitude and his sense of humor (even in his last days) will truly be missed.

In lieu of flowers, memorials may be sent directly to Grace Episcopal Church, Sheboygan, WI.

The family wishes to express special thanks to Dr. Ebben, Dr. Duppler, and Dr. Guenther and their staffs. And to the nursing staff of Hospice for their special care and to family and friends for their visits and phone calls during Tom‚Äôs last days.

‚ÄúI have been blessed over and over with the support of friends and family. In particular, my wife, Cindy has been a very special blessing. Surely there is a special place in heaven reserved for such angels of mercy. I‚Äôm also especially grateful for the friendship and support of Bill Gagin who has been a special friend for many years.‚Äù