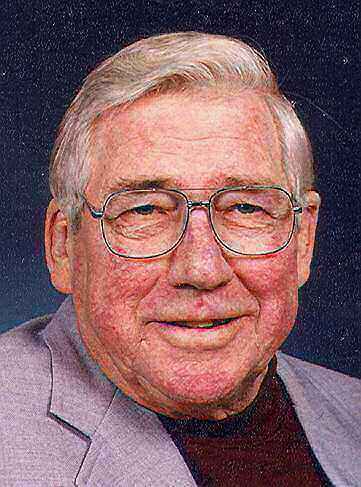 Douglas, Thomas A.
Thomas A. Douglas, age 70, Combined Locks, died on Sunday, March 26, 2006 at Cherry Meadows. Tom was born June 28 1935 in Appleton, Wisconsin, son of the late Harold and Ann Douglas. Tom was a paper boy, an altar boy, serving masses at St. Joseph Church in Appleton where he went to school until entering high school at Appleton West graduating in 1953. Tom helped his Dad for a while in the garage business before enlisting in the U.S. Navy also in 1953. Tom served on board the destroyer USS Gainard as machinist mate during the Korean Conflict. After receiving an honorable discharge, Tom started a 38 year career with Wisconsin Michigan Power Company (now WE Energies), working as a pipe fitter‚Äôs assistant, storekeeper, furnace operator and turbine operator at the Appleton power plant. Also, Tom was on the refueling crew at Point Beach nuclear plant. He was a substation electrician and finally a load dispatcher in Appleton. In all of those many jobs along the way Tom formed many lasting friendships. Tom was an active member of the Jacob Coppus Post 258 American Legion of Little Chute, the Combined Locks Advancement Association and, was elected to the Village of Combined Locks as trustee serving enthusiastically for 10 years. Tom was also elected to the Outagamie County Board as a County Board Supervisor serving a 2 year term. While serving as chairman of the solid waste committee, Tom facilitated the construction and operating startup at the Outagamie County co-generation plant. Tom also wrote and implemented recycling policies at WE Energies. Tom‚Äôs greatest hobby was ski jumping which he started as a ten year old boy by making his own skies, and finding hills large enough to practice, culminating in several medals and trophies. Tom also enjoyed camping and traveling with Margie. Tom had a special place in his heart for monkeys. Tom and Margie adopted monkeys rescued by Monkey World. In 1958, Tom met and married Darilyn Darling (who preceded him in death in 1965) leaving five children. After many sitters and family helpers, Tom met his (Maria) Margie and the house filled with the sound of music once again.

The funeral liturgy for Tom will be held at 12:00 Noon on Thursday, March 30, 2006 at ST. PAUL CATHOLIC CHURCH, 410 E. Wallace St., Combined Locks with Father Jim Lucas officiating. Friends may call at the Tri County Chapel on Wednesday, March 29 from 4:00 ‚Äì 8:00 pm with a Parish Prayer Service at 7:30 pm and at Church on Thursday from 10:00 am until the time of mass. Inurnment will be at St. Paul Cemetery. A memorial fund is being established in Tom‚Äôs name.