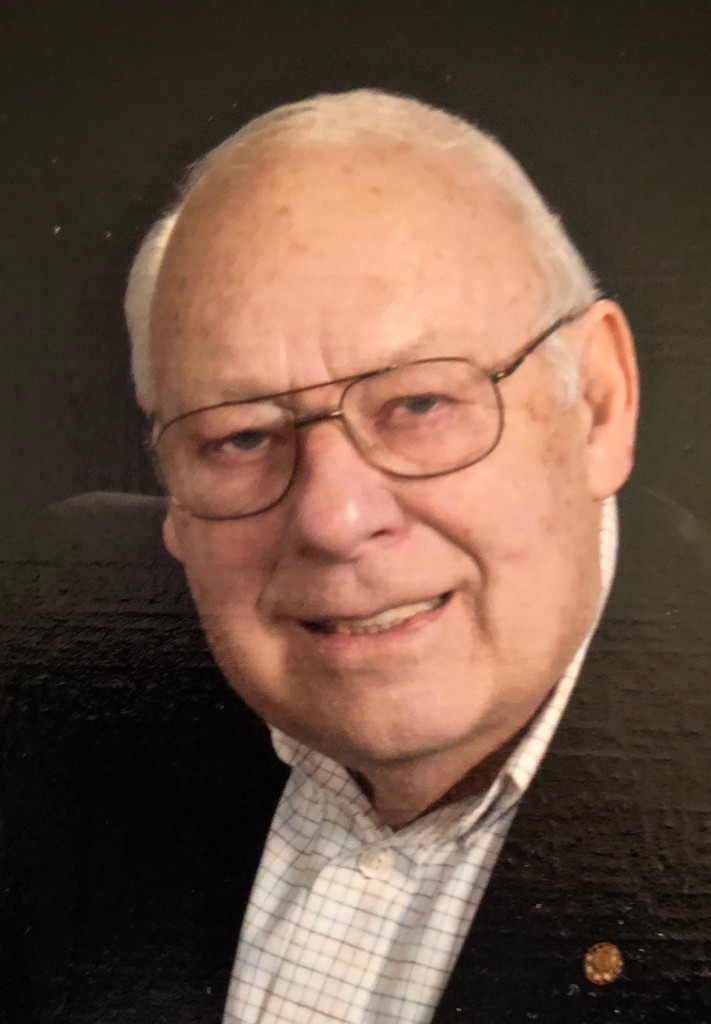 Tom grew up on the south side of Kaukauna next to the family bakery business. He attended Kaukauna High School where he met his high school sweetheart, Mary. He was in the U.S. Army for three years; eighteen months were spent in Okinawa. Upon his return, he married Mary and started his family and career.

He was employed in sales and marketing at Thilmany Pulp and Paper company in Kaukauna for over forty years.

He was a member of the Knights of Columbus and also enjoyed being a member of the 1000 Islands Environmental Center committee. His work there complemented his lifelong passion for the outdoors. He was an avid and accomplished hunter and fisherman and enjoyed every aspect of nature from the gentle quiet of sunset canoe rides with his wife to the awesome wonder of a big storm approaching across a lake. His knowledge of the outdoors was unparalleled. His Deer Shack in Tipler, WI held a special place in his heart, so it seems somehow fitting that this is where it took its final beat.

The funeral liturgy for Tom will be held at 12:00 Noon on Saturday, November 24, 2018 at Holy Cross Catholic Church, 309 Desnoyer Street in Kaukauna, with Fr. Donald Everts officiating. Family and friends are invited to gather at the church on Saturday morning from 9:30 AM until the hour of the mass.

In lieu of flowers, donations will be directed toward a memorial in his name.