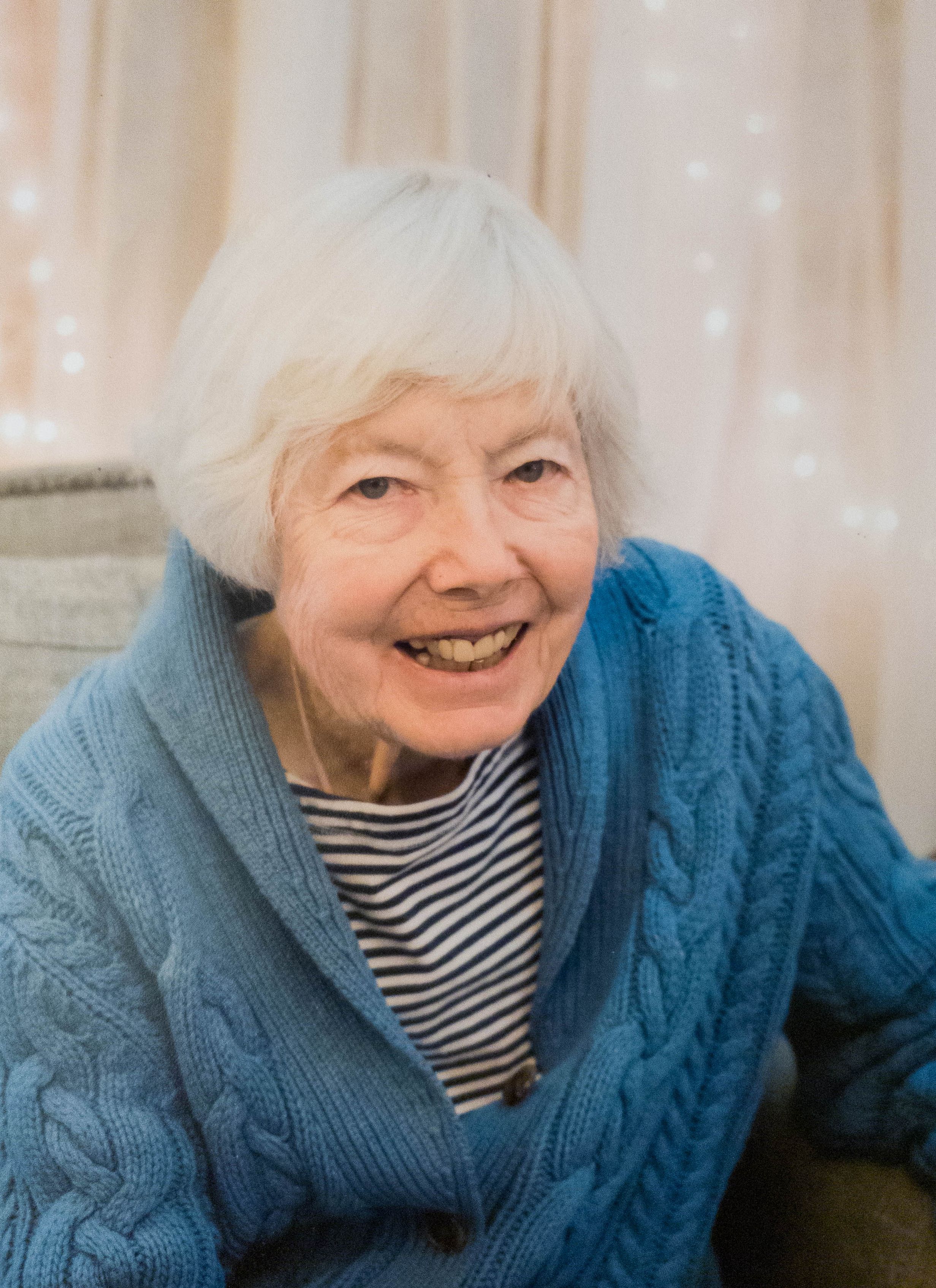 On October 30, 2021, the life of Therese Marie Janssen ended at St. Paul Elder Service, Kaukauna. Therese’s life was a life dedicated to providing for others. Therese was a dear sister, aunt and friend. Therese was born on February 14, 1934, to Henry and Rose (Obarska) Janssen, the fifth of six children. She grew up in a household centered on family and strong Christian values. She was the youngest sibling until she was eight years old. It was that year that her two oldest brothers left for the seminary and the youngest sibling was born. Family lore has it that the birth of the youngest sibling provided Therese with child care responsibilities allowing her to avoid the hard work her older siblings were required to do including tending a very large garden. That information has never been confirmed, nor denied.

Therese attended St. Therese Grade School graduating in 1948. That year she entered The Franciscan Sisters of Charity of Manitowoc. She professed final vows in August of 1958 and remained a member of the community until 1973.

While a member of the Franciscan Sisters, Therese was an educator and, ultimately, an administrator. Her teaching career started in 1954 in Manitowoc. Then followed teaching assignments in Kaukauna, Rice Lake, Green Bay, and Rhinelander. Her final nine years as an educator were in Rhinelander where, in addition to being a teacher, she was also initially the principal. This dual role ended when she became the administrator of a consolidated two school system, a consolidation she administered.

During her teaching career, Therese earned a BA from Holy Family College and an MA in Education from Marquette University. She also earned graduate credits in Library Science from the University of Wisconsin.

Therese started a new phase of her life in 1973 when she left the Franciscan Sisters of Charity and became employed at Belmont Abbey College. Belmont Abbey College had been, until 1973, an all male institution. There, Therese was the Head Resident Counselor during the first two years of that institution’s transition to a co-ed college. Therese remained at Belmont Abbey College until 1977. It was then she moved to Gaithersburg, MD, and became a Director of Religious Education for the Archdiocese of Washington D.C. This position was her last as an educator. Therese next courageously undertook a sales job.

By the late 1970’s, Therese became employed by Silver Burdett which was an educational textbook publishing company. In this capacity she sold material for complete curriculums to Catholic Dioceses from Virginia to Florida. She was exceptionally successful in this career and was recognized with many awards at company annual meetings.

The travel associated with the Silver Burdett position prompted Therese to move to Florida to ease some of the travel complications. While in Florida, Therese was certified by the Florida courts as guardian ad litem to assist children who were involved in legal proceedings. It was during this period that Therese took another major step.

Since arriving back in Appleton, Therese has devoted herself to the service of others. Her home was always available to anyone needing short- or long-term housing. She was well known in her neighborhood for her daily walks with her dog, Francis. When doing so, she humorously referred to Francis as “the Pope on a rope”. She was a faithful volunteer at LEAVEN, being recognized in 2011 for 2000 hours of service. For many years, Therese devoted countless hours at the Warming Shelter. Particularly in the early years of the Warming Shelter’s existence, Therese, along with others, for weeks on end, spent all night at the Shelter. And, at times, drove the streets of Appleton at night searching for homeless to bring to the Shelter. The Warming Shelter, in 2010, in appreciation of her service, presented Therese with the Volunteer of The Year award. She was also recognized in 2014, for her successful sales career and her extraordinary service to the community, as the Alumnus of The Year at Holy Family College.

Therese’s final years were difficult as dementia stole her life but it did not steal her life’s work. She may or may not be remembered by all those she touched. But all those she touched were privileged to have been aided by her. Therese truly lived according to the values she learned at home so long ago.

In addition to her husband and parents, Therese was further preceded in death by two brothers, Fr. Orville Janssen and Jerome Janssen.

Funeral services will be at 11:00 am, on Friday, November 12, 2021, St. Bernard Catholic Church, 1617 W. Pine St., Appleton. Visitation will be on Friday at the church from 9:00 am until the time of the Mass. Inurnment will take place in St. Joseph Cemetery, Appleton. It was Therese’s wish that, in lieu of flowers and other expressions of sympathy, contributions to Leaven Fox Cities or PILLARS, formerly The Warming Shelter be considered.

Therese’s family is thankful and will forever be grateful for the extraordinary compassionate care provided to Therese by the caregivers in the Poppy Path wing of St Paul Elder Services. Therese was fortunate to be in the care of the Poppy Path staff during her final days.