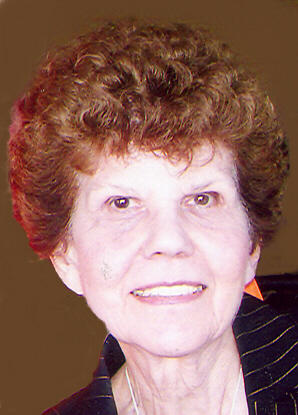 After 83 years of happiness, Theresa Rita Van Eperen was reunited with her husband Henry and her son “Butchie”. She passed away peacefully, surrounded by her family.
Born in Milwaukee, she was married for 54 years and spent most her life in Kimberly. She enjoyed her work at Kimberly-Clark, Zwicker Knitting Mills, The Post-Crescent and the Lox Club. She enjoyed spending time with her family, taking trips to Las Vegas and taught her grandchildren how to gamble! She was a member of Holy Name Catholic Church. She stressed the values of fairness, integrity and love. Her baking skills were second to none, a challenge to Julia Childs! Theresa was proud of her Polish heritage.

The Funeral Liturgy will be at 12:00 p.m. on Tuesday, August 31, 2010 at Holy Spirit Catholic Church, 600 E. Kimberly Avenue, Kimberly with Father David Beaudry officiating. Friends will be received at the church on Tuesday from 10 a.m. until the time of the Mass. Burial will be at a later date at Holy Name Cemetery

The family would like to extend a special thank you to Grand Horizons staff, Southern Care Hospice and all the special friends that visited her and made her day.

Since Christmastime was so important to her, the family will be gathering during the holiday season and in Theresa's name shopping for gifts that will be distributed at Harbor House.

She wanted to make a special note to tell you, “She is eagerly looking forward to seeing everyone soon.”