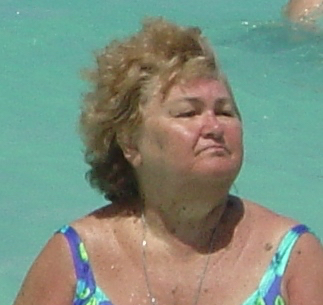 Theresa J. Rockweit, age 76, passed away on October 19, 2014. She was born in Neenah, on April 14, 1938, to the late Albert and Sophie Maas. She was a graduate of St. Mary Central High School in Menasha, and went on to work for Banta Corporation for over 35 years. On September 5, 1959, she married Eugene Rockweit at St. Patrick Catholic Church. Theresa was an avid sports fan, and loved to follow her grandchildren's teams. She was a dedicated Packer fan, and she watched every game with her friend Sue at their reserved table in the Stone Toad. She and Eugene loved to pack up their conversion van and travel across the country, but their favorite destinations were Florida and Las Vegas. She always enjoyed spending time with her friends and family at the cottage in Red Granite. Theresa was a loyal member at St. Patrick Catholic Church in Menasha.

She was preceded in death by her loving husband, Eugene Rockweit; siblings: Bob and Mary Jean.

The Memorial Mass for Theresa will be held at 5:00 PM on Thursday, October 23, 2014 at ST. PATRICK CATHOLIC CHURCH (324 Nicolet Blvd., Menasha) with Fr. Jim Habelwitz and Pastoral Leader Mary Krueger officiating. Visitation will be held from 4:00 PM until the time of service. In lieu of flowers, a memorial fund is being established in her name.

The family would like to extend a special thank you to the staff at ThedaCare at Home Hospice and Cherry Meadows for the care given to Theresa. Also, a thank you to her close friends who took care of and looked after her.